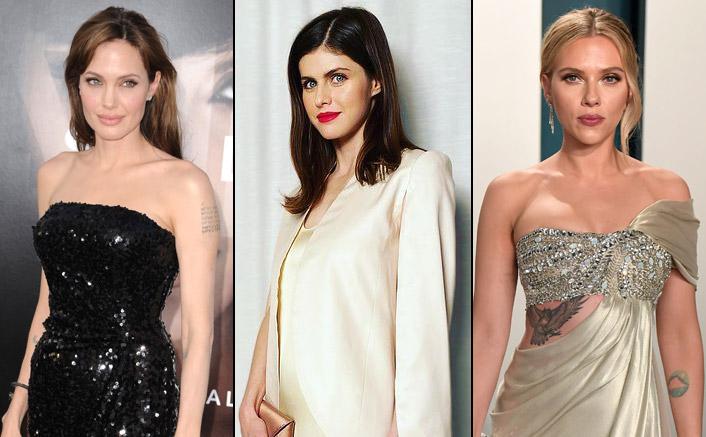 Hollywood is the home to some of the world’s most attractive women. Every year, new actresses come and replace the previous ones. However, some of these actresses have established themselves in the competitive industry and have become almost impossible to be replaced by the new actresses. Some of these names are Angelina Jolie, Alexandra Daddario and Scarlett Johansson.

Amongst these beauties, we have shortlisted some the names of Hollywood actresses who have redefined the concept of ‘Hotness’ in the film industry. Check out whether your favourite actress made it to the list.

Angelina is an Oscar-winning actress, who is well known for playing the title role in the Lara Croft series. She has frequently appeared on many “most beautiful women” lists. Apart from that, she has been prominently involved in international charity projects, especially those involving refugees.

Scarlett is one of the most attractive American actresses in Hollywood and enjoys a huge fan base. She has featured on several magazine covers and has frequently appeared in the list of s*xiest and the hottest celebrities. Some of her most notable movies include The Avengers, The Prestige, Vicky Cristina Barcelona, The Iron Man, Captain America: Civil War, and Avengers: Age of Ultron.

The Aussie actress is one of the rising stars of Hollywood. She has appeared in several movies and television shows. Margot has won and has also been nominated for several prestigious awards. She has established herself not only as one of the most prominent faces in Hollywood, but also as one of the most influential people in the world.

The star is considered to be one of the s*xiest actresses in the world. Jennifer is also one of the most highly paid actresses in Hollywood. Supremely talented and extremely pretty, that’s what she is.

Alexandra is of Italian, Slovak, English and Irish descent. She is one of the most beautiful actresses in Hollywood, and fans want to see more and more from her in the future. Some of her most notable performances are Summer Quinn in Baywatch, Blake Gaines in San Andreas and Annabeth Chase in the Percy Jackson film series.

Anne Hathaway is a show-stealer. Her beauty and allure are enough to leave you spellbound for life. The actress has done countless blockbuster movies and has secured a reputation as one of the best actresses in Hollywood. Some of her notable works are Devil Wears Prada, The Princess Diaries and Ocean’s 8.