Scarypoolparty’s Los Angeles Has A Song For Every Mood 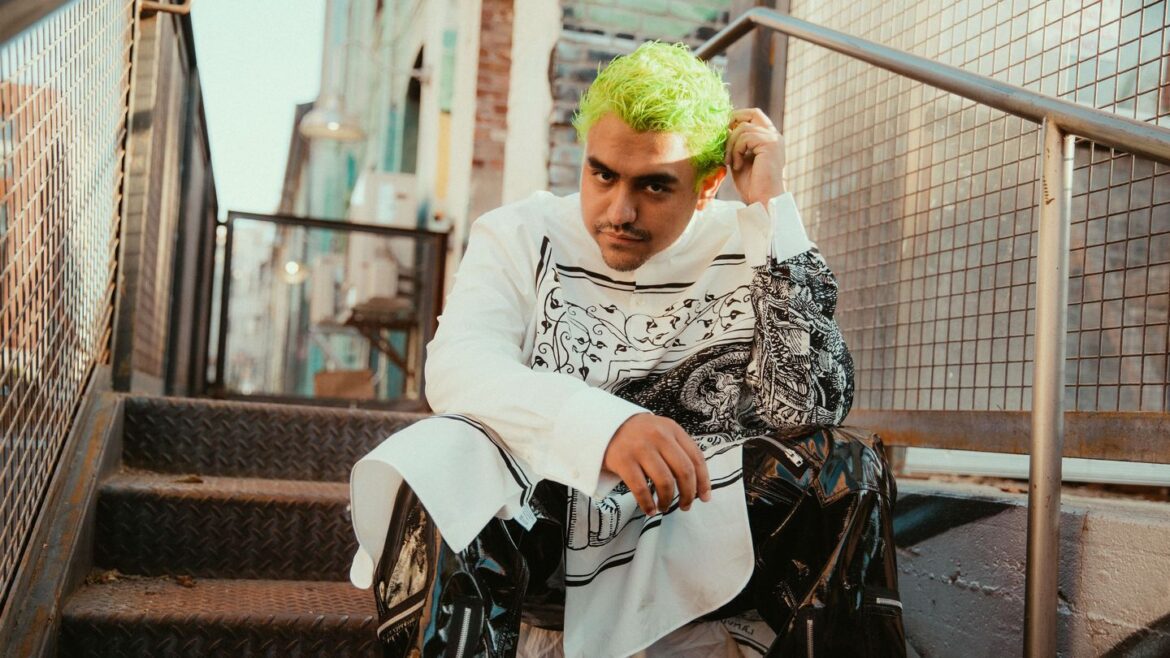 Alejandro Aranda spent a season on American Idol, but he’s always been a being of his own creation. He performed technically dazzling original compositions as part of a showcase that tends to favor belting covers. He greeted judges Katy Perry, Luke Bryan, and Lionel Richie with an understated “What’s up, homies?” during his audition. And since 2019, when he released his stark, genre-agnostic debut Exit Form, Aranda has used his major-label platform to wedge the weird, hard-edged sounds that fuel him into a mainstream pop career. No easy feat, but Aranda is such a gifted stylistic polymath that it magnetizes him; his songs blend industrial darkgaze, soulful trip-hop, mathy heaviness, and dizzying piano rhapsodies into a recording and performing alias he calls Scarypoolparty.

The staggering result, seemingly impossible in the streaming age, is something wholly his own, a path not beholden to trends or dictated by focus-grouped nostalgia. It’s the cold, metallic Queen of the Damned soundtrack filtered through the warm lights of his home, Los Angeles, and of Aranda’s own lived experience. His new EP, titled after the city itself, captures what it’s given him: the emotion, the part-time jobs, the long talks, the longer drives, and every moment in quarantine.

“A lot of these songs were definitely lockdown songs,” Aranda tells MTV News. “I think a majority of them were self-reflection on where the city is, where I live, and daily life — daily going out and trying to do things, and you can’t, and you have to stay inside and make sure everything is OK in that area.”

For last year’s Doom Hologram, Aranda recorded vocals directly into his MacBook, unknowingly prefacing the Zoom-call collaborations he’d rely on finalizing this new EP. The brevity of Los Angeles as a four-song EP likewise allows Aranda to tighten up his own arrangements, making it his most accessible collection yet. Instead of downbeat, seven-minute meditations or hourlong piano improvisations, he leans into pop structures even as he rushes toward the horizon fusing trap, classical piano, and cocktail bravado. He even reined in some of his more experimental tendencies: “Originally, I had three songs on the EP and then I had this metal song that I was going to throw in there, and I was just like, you know what? I want it to make sense.”

The result is Los Angeles in its many shades, cohesive yet sprawling like its namesake. Below, Aranda breaks down the EP track by track and mood by mood.