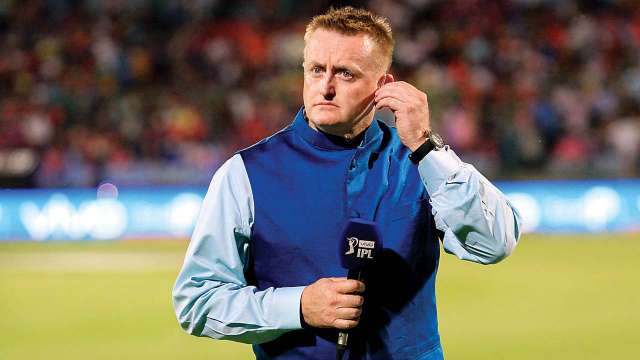 Former Kiwi cricketer turned commentator Scott Styris has predicted Mumbai Indians to win the IPL 2021 title while Chennai Super Kings to finish at the bottom of the points table. Like many former cricketers, Styris too has come out with his predictions and have stated them loud and clear. The 14th edition of the competition is scheduled to get underway on April 9 in Chennai. Defending champions Mumbai Indians will take on Royal Challengers Bangalore in the opening game.

Styris has backed Mumbai Indians to defend their IPL 2021 title. Mumbai won two back to back titles in 2019 and 2020 and is likely to win the next as well as per the former Kiwi cricketer.

Taking to Twitter Scott Styris has written down his predictions ranking Mumbai Indians at the top and the MS Dhoni-led CSK at the rock bottom. he has predicted how the season will pan out for the other franchises too. Styris has kept Delhi capitals at number two and Punjab Kings at number three hinting that they had a very good IPL 2021 player auction.

The former Kiwi cricket has ranked Sunrisers Hyderabad at number three followed by Royal Challengers Bangalore at number five and Rajasthan Royals at number six. KKR and CSK are the final two teams in his prediction list. While Styris has highlighted bating worries as a big concern for the Shahrukh Khan-owned side, CSK’s aged players are a concern for him as well.

Chennai Super Kings will also be desperate to go all the way this season after their disastrous campaign last season when they failed to make it to the playoffs. The various teams have different concerns with players getting injured or pulling themselves out just before the start of the season.