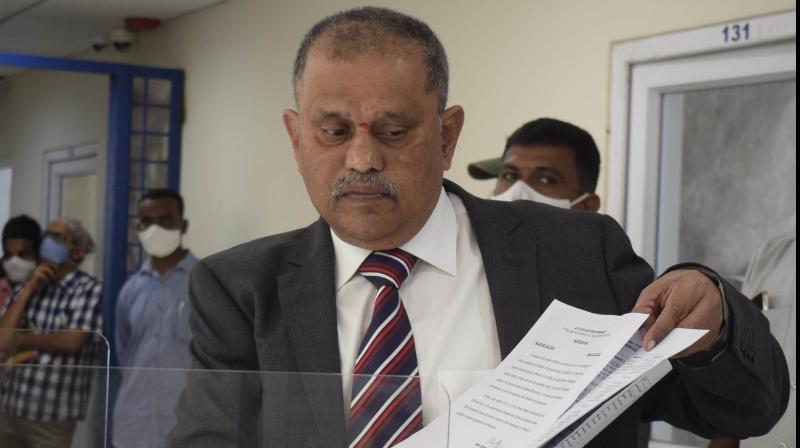 Prakash is also Principal Secretary to Chief Minister Y. S. Jagan Mohan Reddy and one of the trusted confidants of his boss. He is involved in major decisions which resulted in fiascos, including the start of the ongoing row with the SEC.

State Election Commissioner N. Ramesh Kumar wrote to Chief Secretary Adityanath Das and instructed that Mr. Prakash should not interact with district collectors and superintendents of police (SPs) or any other officers who directly or indirectly deal with any of the matters relating to the upcoming local body elections.

“His (Prakash) continuance is prejudicial to free and fair elections as he may influence collectors and SPs”, the SEC added.

Mr. Ramesh Kumar also took objection to the contents of a letter addressed by Mr. Prakash to the SEC on January 25, and came to the conclusion that “his outlook, as reflected in the letter, is not helpful for the fair conduct of polls,” sources said.

Praveen Prakash has turned into a highly controversial figure in the AP government ever since he assumed charge in the CMO. What started with the abrupt and unceremonious transfer of the-then Chief Secretary L. V. Subrahmanyam following his differences with Mr Prakash, the list of goof-ups by this official have become “endless”.

Be it the removal of Ramesh Kumar as SEC and appointing a former judge in his place, which the Supreme Court struck down, or distribution of house sites, his decisions have to be proved counterproductive for the government.

The SEC “found fault” with Prakash for not implementing its earlier orders on various issues.