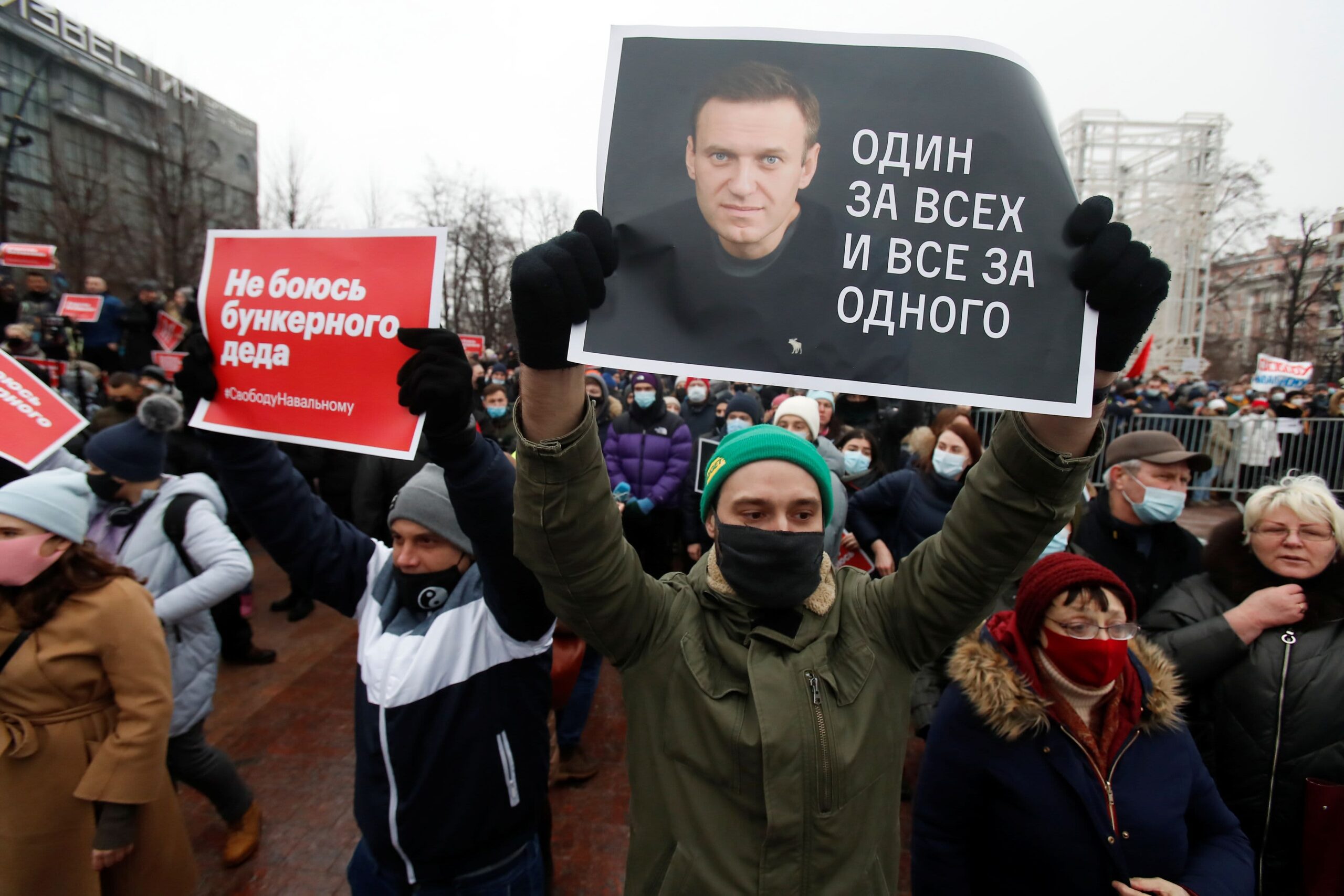 A participant holds a placard reading “One for all, all for one” during a rally in support of jailed Russian opposition leader Alexei Navalny in Moscow, Russia January 23, 2021.

In his first news conference since being confirmed as secretary of State, Antony Blinken expressed “deep concern” over the treatment of Alexei Navalny and the broader human rights situation in Russia.

Last week, Navalny, a critic of Russian President Vladimir Putin, flew to Russia from Berlin, where he had spent nearly half a year recovering since he was allegedly poisoned last summer. He was detained on arrival in Moscow.

“Across the board, as the president has said, we’re reviewing all of these actions that are a deep concern to us whether it is the treatment of Mr. Navalny and particularly the apparent use of a chemical weapon in an attempt to assassinate him,” Blinken said.

Last year, Navalny was medically evacuated to Germany from a Russian hospital after he became ill following reports that something was added to his tea. Russian doctors treating Navalny denied that the Kremlin critic had been poisoned and blamed his comatose state on low blood sugar levels.

In September, the German government said that the 44-year-old Russian dissident was poisoned by a chemical nerve agent, describing the toxicology report as providing “unequivocal evidence.” The nerve agent was in the family of Novichok, which was developed by the Soviet Union.

On the heels of the test results, the White House said it was concerned by the matter and denounced the poisoning.

“The United States is deeply troubled by the results released today,” White House National Security Council spokesperson John Ullyot said in a statement at the time. “Alexei Navalny’s poisoning is completely reprehensible. Russia has used the chemical nerve agent Novichok in the past,” he said, referencing the poisoning of Sergei Skripal and his daughter in the U.K. in 2018.

The Kremlin has repeatedly denied having a role in the Skirpal and Navalny incidents.

“And it remains striking to me, how concerned, and maybe even scared, the Russian government seems to be of one man, Mr. Navalny,” Blinken said Wednesday.

The top U.S. diplomat also noted the Biden administration is reviewing the hack on SolarWinds, reports of bounties placed by Russia on American forces in Afghanistan, and potential election interference.