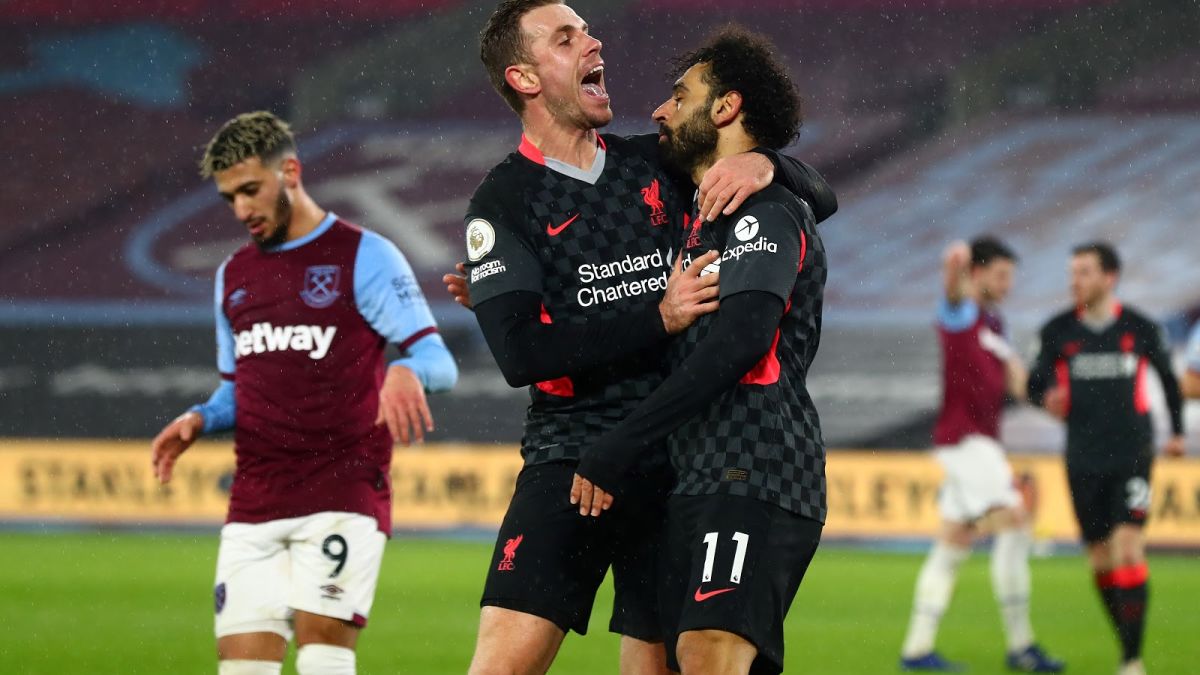 It looked to be a pretty tricky game for Liverpool. Only three days after a win at Tottenham that might have saved their season, they had to be back in London just three days later to face one the Premier League’s in-form teams in West Ham. Making it worse, Sadio Mane couldn’t make the bell with a minor injury, and Liverpool were on something like their 19th-choice centerback pairing with midfielder Jordan Henderson moonlighting there next to “some dude named” Nat Phillips.

Even going up one goal guaranteed nothing, given how creaky it was thought the defense would be and West Ham had been playing. Then Liverpool did this:

The joke the past couple of seasons was, “A corner against Liverpool is a chance to score… for Liverpool,” given the lethalness and mach-measured speed that their counterattack could achieve. But even this is absurd by their standards.

Two passes cover some 95 yards. Four touches of the ball in that time. You can actually hear the ball swoon upon Salah’s first touch and fall to its knees like it had just seen The Beatles for the first time. The finish itself is clever but pales in comparison to the three touches of the ball before it, which again encompass close to 100 yards. It’s one thing to hit one fly pattern, and yet another to hit two consecutively without ever pausing. It’s Aussie-rules come to the Premier League.

Perhaps cinching just how bonkers this kind of work is is how it ranked as the best of Liverpool’s three, and the other two would generally have people talking for days themselves, including Salah’s first:

The shortest distance between two points is a straight line. Or in Liverpool’s case, just two passes.

Back to Top
Close Add post
X
Roman Reigns compares himself to “the dreamers” in Twitter post ahead of Royal Rumble…SportsRoman Reigns has taken to Twitter ahead of the Royal Rumble to compare himself to all the other "dreamers" who are hoping to main event WrestleMania.I…

X
Bundesliga: Bayer Leverkusen sign attacker Demarai Gray from Leicester City R…SportsGray, 24, was out of contract at Leicester at the end of the season and has signed for Leverkusen until June 2022 for a reported transfer fee of $2.7 …
close