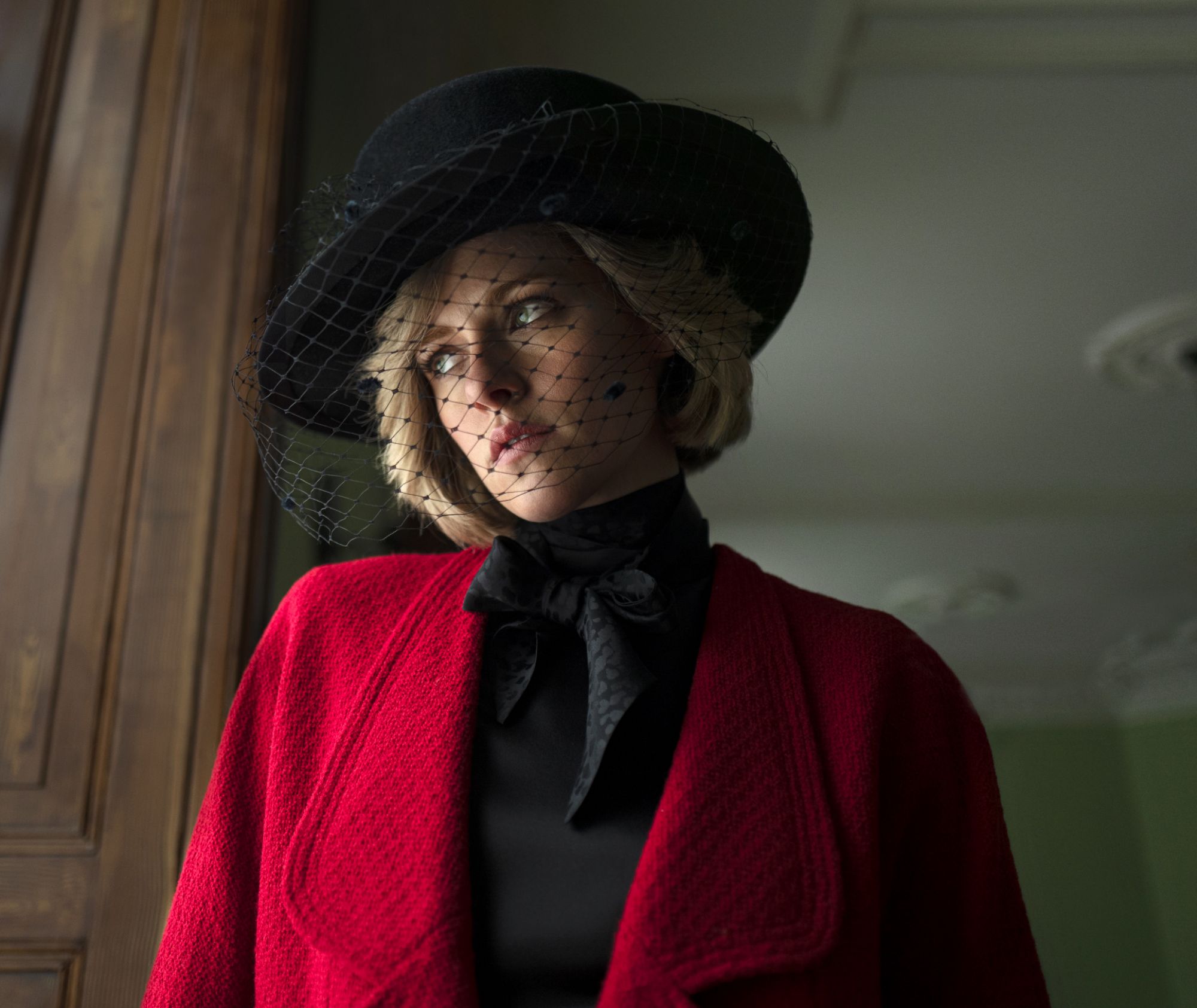 In one of the most instantly controversial — and hotly anticipated — casting choices of 2020, Chilean director Pablo Larraín picked Kristen Stewart to portray Princess Diana in his new biopic, Spencer. The film started principal photography in England this week with an eye towards a late fall release, and Larraín has released a first look photo of the Happiest Season star modeling the late Princess of Wales’s royal fashions and hairstyle.

Her mournful expression teases the film’s storyline, which unfolds over Christmas in 1991, when the relationship between Diana and Charles is at one of its lowest points. On holiday with the royal family at the Sandringham Estate, she tries to maintain a brave exterior, even as life as she’s known it is on the cusp of seismic change.

Speaking with Deadline last year, Larraín characterized the script by Oscar-nominated writer, Steven Knight, as deconstructing the fairy tale romance that Diana and Charles tried to live in front of the camera following their 1981 wedding. “Usually, the prince comes and finds the princess, invites her to become his wife and eventually she becomes queen. That is the fairy tale. When someone decides not to be the queen, and says, ‘I’d rather go and be myself,’ it’s a big, big decision, a fairy tale upside down. I’ve always been very surprised by that and thought it must have been very hard to do. That is the heart of the movie.”

As for why he chose to cast Stewart as Diana, the director — who previously directed the Oscar-nominated biopic, Jackie, starring Natalie Portman as former first lady Jackie Kennedy — said he was drawn to her chameleon-like on-screen presence. “Kristen can be many things, and she can be very mysterious and very fragile and ultimately very strong as well, which is what we need. The combination of those elements made me think of her. I think she’s going to do something stunning and intriguing at the same time. She is this force of nature.”

Born in 1990, Stewart was only 7 years old when Princess Diana died in a car accident in 1997 (an incident that won’t be shown in the film), and her youthful memories of that tragedy became part of her motivation for playing the role. “I was really young [and] didn’t really know what was going on,” she remarked last year on Jimmy Kimmel Live. “But now, it’s hard not to feel protective over her… My movie takes place over, like, three days, and it’s this, like, really poetic internal imagining of what that might have felt like rather than, like, giving new information. We kind of don’t have a mark to hit. We just also love her.”

Twitter greeted news of Stewart’s initial casting with a mixed response, but seeing her in costume has caused some of those critics to come around.

I need to hear Kristen Stewart’s Diana voice like now!

i had doubts but boy does kristen stewart look good as princess diana! hope she pulls off the character

Spencer will premiere this fall