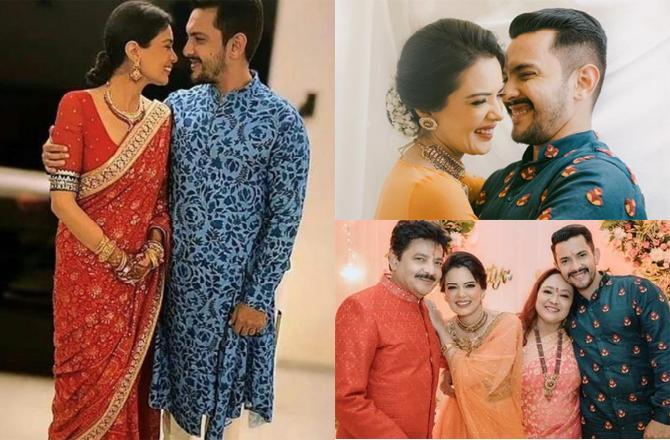 In case you thought that the weddings in the Tinsel Town have now come to a standstill, there’s one more all set to happen and that too tomorrow on December 1. We are talking about the wedding of Aditya Narayan and Shweta Aggarwal. The announcement left all of their fans excited and elated.

The duo has been together for over a decade ever since they worked together in Vikram Bhatt’s Shaapit in 2010 and are finally ready to take their relationship to the next level. A fan-club of the couple shared a lot of pictures and videos on its Instagram account and it seems they are straight out of a Bollywood film.

In the first picture that was shared by the club, the Narayan family could be seen jubilantly posing for the camera, also including Udit Narayan and his wife Deepa Narayan Jha. Have a look right here:

In another post, the club uploaded a boomerang video where the celebrations were in full swing, and the entire family was expectedly in celebration mode:

And last but not the least, Aditya Narayan himself shared a picture with his about-to-be-wife Shweta Aggarwal and the couple indeed looks like made for each other:

In an interview recently to Times of India, the actor spilled the beans on how he made the proposal and revealed, “Maldives was my first choice. I had planned to propose to her at the exotic beach destination in March 2020 and I had kept the ring ready since December 2019. Our flights were booked in March, but eight hours before our departure, we got the news that Maldives was under lockdown. So, I could not officially get engaged then. When we went to Lonavala, I surprised her by popping the question and slipping the ring on her finger.”

A couple of days ago, Aditya had announced to the world about his marriage in a special way. Taking to his Instagram account and sharing a picture with the love of his life, he penned an adorable note and this is what he had to write- “We are getting married! I am the luckiest man alive to have found Shweta, my soulmate, 11 years ago & we are finally tying the knot in December.” [SIC].