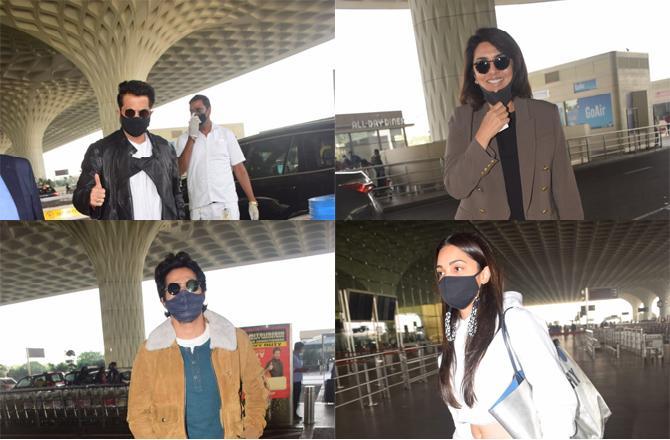 Anil Kapoor, Neetu Kapoor, Varun Dhawan, Kiara Advani, and director Raj Mehta had begun the shoot of their upcoming film Jug Jugg Jeeyo in Chandigarh last month but it had to be halted after Varun, Raj, and Neetu Kapoor tested positive for COVID-19. The team came back to Mumbai after the tests.

However, they are back in action and all set to resume shoot as they were spotted at the Mumbai airport, flying to Chandigarh for the film. Anil Kapoor arrived in style as always and could be seen wearing a mask to ensure safety and precautions.

Neetu Kapoor too wore a mask but put it down for a few seconds to smile and pose for the paparazzi.

Varun Dhawan looked dapper and dashing as usual in his Uber cool and casual outfit. The actor also tested COVID-19 positive and had shared a post with his fans on social media. He is absolutely fine now.

Kiara Advani seems to be one of the busiest actors in the film industry currently. She just had Indoo Ki Jawani and now has this film, which will be followed by Bhool Bhulaiyaa 2, Shershaah, and a film on the founder of Lijjat Papad that will be bankrolled by Ashutosh Gowariker. With minimal make-up, the actress managed to look beautiful.

Advani even shared a selfie with Dhawan with their masks on and said how they are back, have a look at her Instagram post right here: