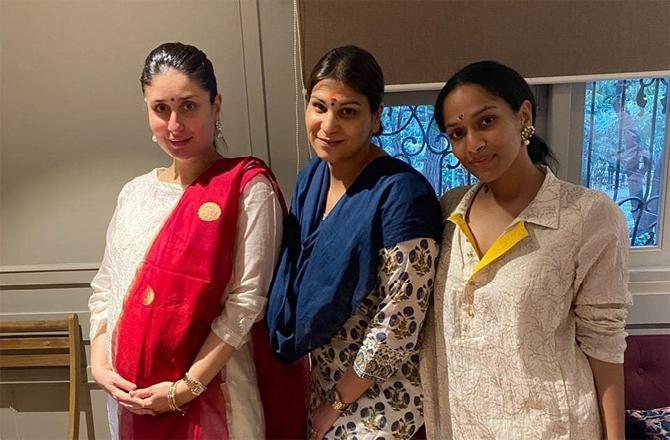 As the Diwali season kick-starts, Bollywood celebrities are making sure they take all the precautions and celebrate the occasion with grace, elan, and poise. There are some who have already begun enjoying the fun of the festival. The two names that come up are Kareena Kapoor Khan and Masaba Gupta.

Poonam Damania, Khan’s friend and colleague, took to her Instagram account and shared some pictures where the trio could be seen posing for the camera. Dressed in traditional outfits, the women slayed their Diwali look, and the Jab We Met actress nonchalantly flaunted her baby bump.

In the second photo, we could see the actress strike a pose for a selfie with Damnia’s team members. Sophie Choudry commented on the post with red hearts and so did Masaba Gupta.