Home EntertainmentBollywood See Photos: Shah Rukh Khan and Gauri give an inside tour of their Delhi house

See Photos: Shah Rukh Khan and Gauri give an inside tour of their Delhi house 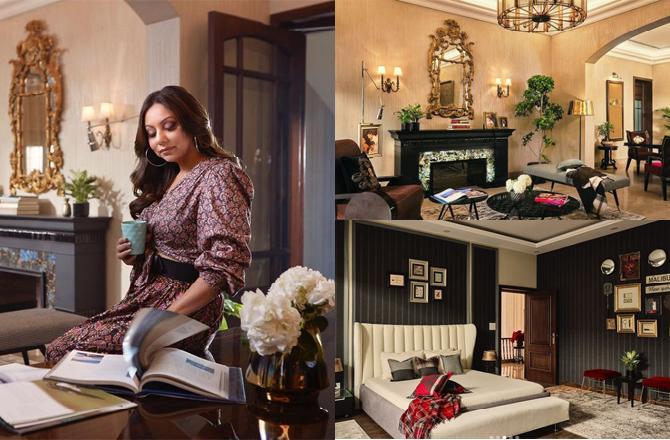 Shah Rukh Khan was rechristened as King Khan after his string of blockbuster films in the 90’s. For someone who has been hailed as a king would reside in an abode that doesn’t feel less than a kingdom. Fans are aware of his gorgeous home in Mumbai, Mannat.

Wife Gauri Khan took to her Instagram account to share a video of their Delhi home and wrote, “Our Delhi home is filled with memories of our early days, what we collected over the years and all the things we love as a family! It holds a very special place in my heart. Through my collaboration with @airbnb , a lucky duo will get a chance to be our guest :) #HomewithOpenArms #AirbnbPartner [sic]”

This is a massive contest for fans in association with AirBnb where two people will get the opportunity to stay at his Delhi house for a day. The contest is on till November 30 and the results are likely to be decided on December 15.

Gauri Khan and Shah Rukh Khan‘s love story seems to be straight out of a Hindi film romance. The two tied the knot in 1992, the year when Khan began his acting career. He went on to become a global phenomenon with an incredibly contagious demeanour, but the success didn’t come easy.

Also Read: Gauri Khan On Suhana’s Colourism Post: Proud Of Her For Standing Up For Herself