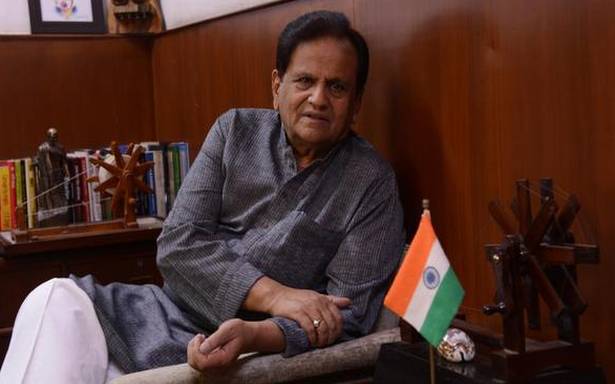 The announcement of his demise was made by his son Faisal Patel.

Senior Congress leader and party treasurer Ahmed Patel (71) passed away on Wednesday morning at a Delhi hospital due to multiple organ failure more than a month after he was tested positive for COVID-19.

The announcement of his demise was made by his son Faisal Patel.

In a statement on Twitter, Mr. Faisal said that Ahmed Patel passed away at 3.30 am on November 25. “After testing positive for Covid-19 around a month back, his health worsened further due to multiple organ failures,”  the statement went on to add.

He also requested well-wishers of his father to adhere to COVID-19 guidelines and avoid any mass gatherings to mourn the Congress leader’s demise. He was undergoing treatment at Medanta Hospital in Gurugram since November 15.

In a tweet on October 1, Ahmed Patel had announced, “I have tested positive for COVID-19. I request all those who came in close contact with me recently, to self isolate.”

Ahmed Patel has for long been the power centre in Congress being party president Sonia Gandhi’s political secretary. He had also earlier worked as Parliamentary Secretary for her husband Rajiv Gandhi in 1985. He was appointed the treasurer of the party in 2018 after the long time treasurer Motilal Vohra bowed out.

An eight-time parliamentarian, Ahmed Patel served three terms in the Lok Sabha and five terms in the Rajya Sabha. His last Rajya Sabha election in 2017 was heavily contested and included sequestering Gujarat legislators in Karnataka to avoid horse trading. He has always been the party’s troubleshooter and was the key leader to co-ordinate between Congress and other parties.