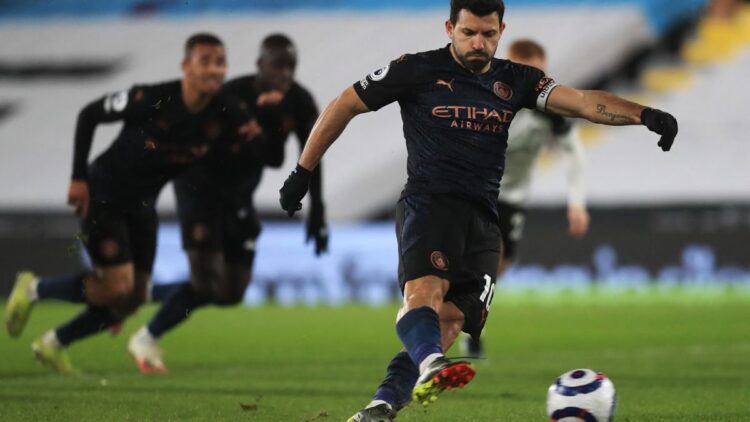 Rare is the player, or goal, where you just have to type the player’s name and “goal” into the google search and you’ll get right to what you were looking for. It’s the same as “Ozzie Smith homer” or “LeBron block.” Except it’s so much more than either of those.

To try and conceive of the enormity of this goal is like being asked to consider what it would be like to walk to Saturn. This was the last day of the season, and Manchester City’s first truly great team. They hadn’t won a top flight title in 42 years, and just 13 years before this had been in the third division of English football.

On top of that, they were completely spitting up the title to relegation-threatened Queens Park Rangers, who were down to 10 men. They gave up the goal to make it 2-1 to QPR after the red card to legendary half-wit Joey Barton. And to top it all, they were going to puke the title over to city rivals Manchester United. There really is no American equivalent. It was like what the Cubs attempted to do in the eighth inning of Game 7 of the 2016 World Series, except if they had choked away the lead to the Mariners instead of Cleveland and the World Series would have been awarded to the Cardinals. This was a fate worse than death for every City supporter.

And then they got two goals in injury time, the second this Aguero one, going down as the most famous goal in Premier League history. It’s always funny when you see the phrase, “If he accomplished nothing else in his career…” because it would have been even weirder if that was all Aguero accomplished. Where did this guy come from to score that goal?! The fact that it was the capper to his first season of what would eventually be one of the greatest careers a striker has ever had in England only accentuates his greatness more.

And that’s what Aguero will be, as this week it was announced he will leave the club when his contract runs out at the end of the season. Aguero will finish fourth on the all-time Premier League scorers list, though he could conceivably catch Andy Cole for third with a ridiculous heater to end this season. But his 0.67 goals per game ranks second in history behind only Thierry Henry. And it would be those two who would be the sides of the argument for best forward the league has ever seen.

Aguero is the last of the through-line, the spine, of all the great Man City teams of the past decade, from that first league champion under Roberto Mancini to the second one under Manuel Pellegrini to this current Starkiller Base under Pep Guardiola. Aguero, David Silva in midfield, and Vincent Kompany in the back. Kompany left the club two years ago, Silva last year, and now Aguero.

Aguero’s 181 goals (and counting) in 271 appearances have come in a variety of ways. While other great Premier League strikers conjure images of a certain type of goal when you hear their names — Alan Shearer with a thunderous header, Wayne Rooney crashing one in from 25 yards, Henry weaving through 73 defenders before slotting the ball gently into the corner like it was a sleeping baby — Aguero kind of did it all. Mostly, he was just there. He’d pop up at the right time, get the ball in the box, a quick turn and it was over. When he wasn’t weaving patterns along the line of the penalty box and bolting one in from there. Or just popping up from behind a defender to poke home.

It is far too easy to deride Aguero’s accomplishments as just being at the sharp end of such talented teams with such an array of attacking talent that anyone could score. Ask Gabriel Jesus how that’s worked out for him. The anticipation and timing needed even to just consistently poach goals three yards out and in, and Aguero was much more than that, is exclusive to few in the game. Add in Aguero’s ability everywhere else and you have a rare breed. He could be a poacher, but also a pivot-point in the attack to set up others, or a one-man band when needed.

Also, Sergio Aguero had the balls to marry and then divorce Diego Maradona’s daughter, a steel we lay people can only imagine.

Ageuro’s departure is something of the final piece of skin for City to shed into its new era. He will assuredly be replaced by some other demigod like Erling Haaland or…oh who the fuck are we kidding? It’ll be Haaland. Silva has given way to Phil Foden, and Kompany to John Stones and Ruben Dias. City’s money allows it to move from one iteration of a team to another without dropping status. If that sounds simple, it’s something that’s eluded Manchester United for seven years now, and they’re just about as rich. Chelsea have managed it off and on, and Liverpool are finding out just how hard it is this season, violently.

Aguero’s name would have lived forever with just that one goal. It’s a testament to him that his overall career matched that goal on the epic scale.

RELATED:  How to get CR7's Sii! Emote and Stereo Blaster Bundle in Free Fire