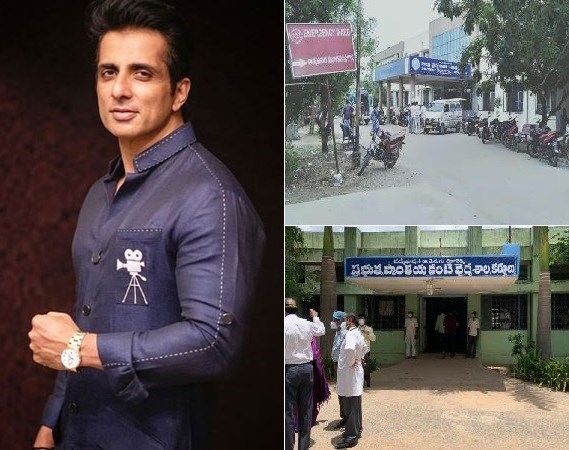 Actor Sonu Sood confirms that his first set of oxygen plants will be functional by June, starting in Nellore and soon other state hospital will follow.

Actor along with his team are currently in the process of setting up an oxygen plant at Kurnool Government Hospital which will be followed by setting the next one at District Hospital, Atmakur, Nellore, followed by other states.
Sonu took to his social media and confirmed the news on the plant. He tweeted, “Very happy to announce that the first set of my Oxygen Plants will be set up at Kurnool Government Hospital & one at District Hospital, Atmakur, Nellore, AP in the month of June! This would be followed by setting more plants in the other needy states! Time to support rural India Flag of India”

These oxygen plants at Kurnool and Nellore will be operational from June. The actor has acquired the necessary permissions from the municipal commissioner, the collector, and the other relevant authorities. This plant will help thousands of people living in Kurnool and Nellore and the neighbouring villages by providing oxygen to them during these testing times.

The actor had also launched ‘Sanjeevani – A Shot of Life’, an initiative to encourage people to get vaccinated against the novel corona-virus and for raising awareness about the inoculation drive in the country.

On the work front, Sonu recently announced a new movie titled ‘Kisaan’, to be directed by E Niwas and backed by filmmaker Raaj Shaandilyaa. Apart from that, he will also be featured in Chiranjeevi starrer upcoming Telugu movie ‘Acharya’ and period drama Prithviraj, also starring Akshay Kumar.