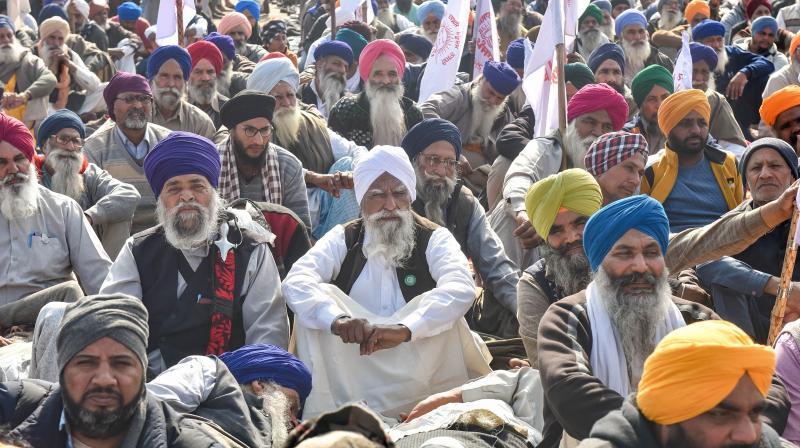 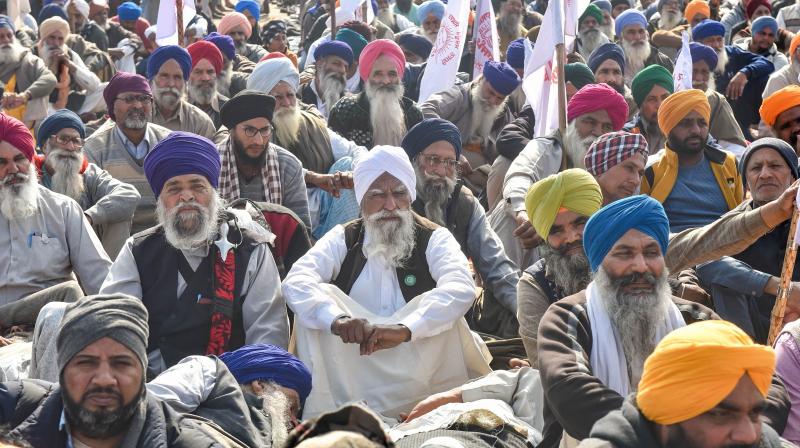 Farmers gather at Singhu border during their sit-in protest against the Centre’s farm reform laws, in New Delhi, Monday, Dec. 14, 2020. Leaders of farmer organisations are in a day-long hunger strike. (PTI)

New Delhi: Several borders of the national capital remained closed on Monday due to the ongoing protest by farmers against the Centre’s new agri laws.

The Delhi Traffic Police took to Twitter to inform people about road closures and advised them to take alternative routes to avoid inconvenience.

Farmers from different states have been camping at Delhi’s Singhu, Tikri, Ghazipur and Chilla (Delhi-Noida) border points for over two weeks to demand repeal of the farm laws enacted in September.

“Gazipur border is closed for traffic coming from Gaziabad to Delhi due to farmers protests. People are advised to take alternate route for coming to Delhi via Anand Vihar, DND, Chilla, Apsara & Bhopra borders,” it tweeted.