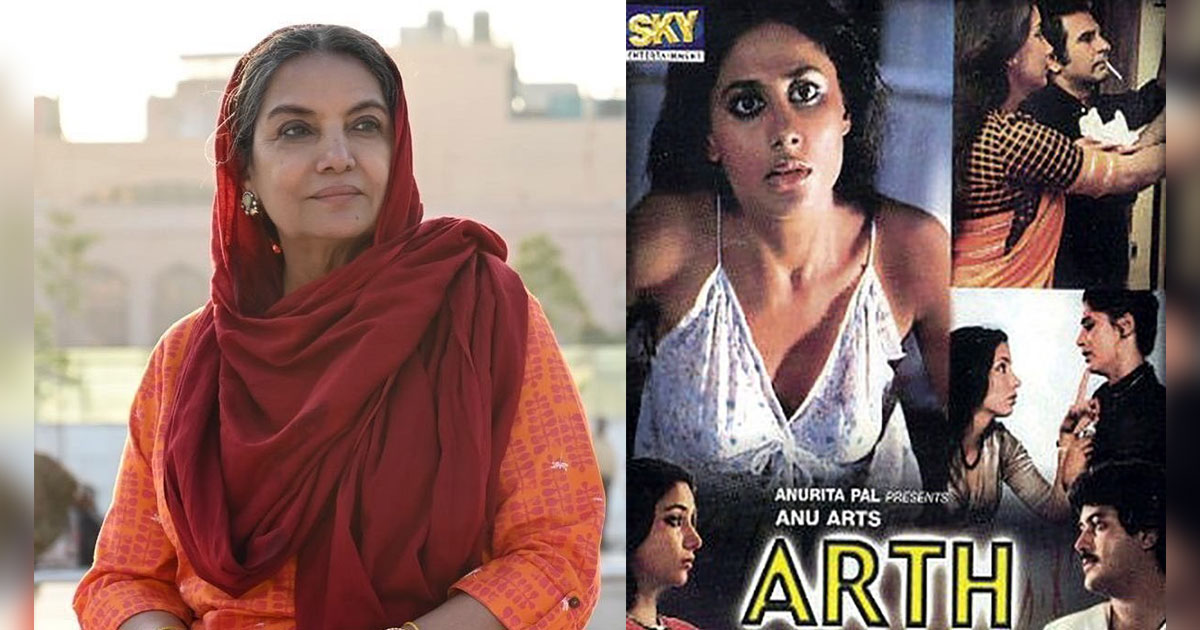 Mahesh Bhatt’s Arth is undoubtedly one of the finest pieces of art in Bhatt’s kitty and in everyone’s involved too. While on that, it is a known secret that the Shabana Azmi, Kulbhushan Kharbanda and late Smita Patil starrer is getting a remake with Tamil actor Revathi taking the director’s seat. It was said that Azmi is also involved in the process. But turns out, that is not true as Azmi has denied any involvement in the remake. Read on to know what the veteran actor has to say exactly.

Arth directed by Mahesh Bhatt is about a filmmaker who falls in love with an actress and abandons his wife. Who then embarks on a journey to find herself. The film is considered one of the most moving films in Hindi cinema and has acquired a cult status with time. The remake directed by Revathi will take the same blueprint. There was buzz that Azmi was giving creative inputs to the film.

Now talking to SpotboyE, Shabana Azmi ahs denied her involvement and said that she has no connections with the remake. Azmi believes that as a film Arth has said what it had too. “I don’t know enough details about the new version of Arth. I believe an important film such as Arth has said what it had to say. If anything it only shows how timeless a cult film can be,” the veteran actor said.

Talking about the chances if there is something that can be modified, Shabana Azmi says it is Smita Patil’s character. She said, “The only change that can be made is I think in the portrayal of the Other Woman (played by Smita Patil) whose character can be more rounded. I wish the makers all the best .”

Shabana Azmi concluded, “Mahesh Bhatt’s Arth remains a milestone in my career. I continue to meet women who say that it was a transformative experience for them and gave them a tremendous strength.”

What are you take on the same? Let us know in the comments section below

Shabana Azmi Denies Any Involvement In The Arth Remake, Says The Movie “Has Said What It Had To Say”