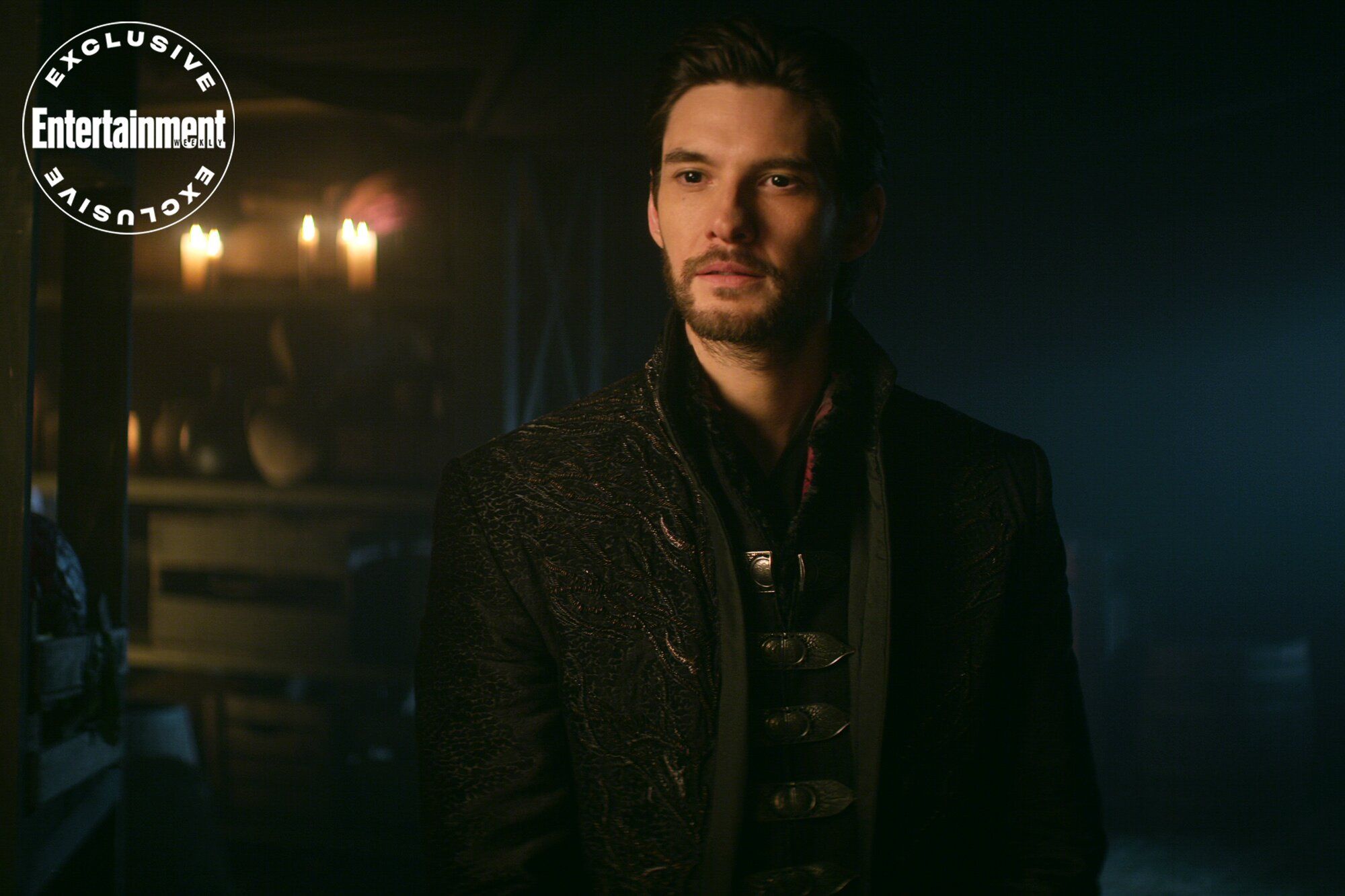 Netflix is pulling back the veil on the Grishaverse.

Below are seven first-look exclusive photos revealing the major characters in the eagerly anticipated Shadow and Bone fantasy series.

“Shadow and Bone takes place in a very different kind of fantasy world,” says author and executive producer Leigh Bardugo. “Think Imperial Russia, not Medieval England, repeating rifles instead of broadswords. It’s a story about the people who have been told how much they don’t matter proving how much they do. And it’s been incredible to see that story take shape on such an epic scale, the battles, the magic, but also the relationships between the characters. These photos give just a tiny hint at what’s in store — a mapmaker with an extraordinary gift, the people who want to use her, the tracker who will do anything to protect her, and the team of thugs and thieves who are about to cause some very big trouble for everyone involved.”

“These photos offer a glimpse into the expansive, textured world Leigh created in her books,” added showrunner Eric Heisserer. “We worked tirelessly to craft a lived-in feel for fictional lands like Ketterdam and Ravka, with invented languages, uniforms, currency, and artistic choices from set design to costuming. You’re immersed in the Grishaverse when you read, and it’s our hope that both new and existing fans have that same feeling when they watch the show.”

First here’s Alina Starkov (Jessie Mei Li), an orphan soldier in the First Army whose latent power may be the key to setting her troubled country free.

“She’s onboard a sand skiff, which is a vehicle used the cross the Shadow Fold, a sort of supernatural barrier and a dangerous crossing,” Heisserer said. Added Bardugo: “I love this photo because you see Alina in the moment right before her life is really about to change. What if your country was cut off completely from your coastline, and you had no way to trade with the outside world? It would effectively cripple your ability to trade and do business. So they send people who are largely considered expendable into the Shadow Fold. Also, people who are familiar with the book will know that scarf around her neck is a hint at what’s coming down the road for her…”

Here’s Alina with her childhood friend Malyen Oretsev (Archie Renaux), described as a gifted tracker in the First Army whose world unravels after a brutal ambush.

“He’s a tracker in the First Army,” Heisserer says. “There are two armies in Ravka that work at side-by-side. The first army is for all the non-magic soldiers. The Grisha, who are the people that possess magic in this world, make up the Second Army. So we’re getting a glimpse at a First Army camp in a city near the Fold.” Added Bardugo: “They grew up together at an orphanage and it’s only that they’re being drafted into the First Army that they’re being separated. So when they reunite, as we see this picture, there’s a lot of love and camaraderie there.”

Another look at an armed Mal:

Next is General Kirigan (Ben Barnes), a.k.a. the Darkling, the head of the Second Army, the kingdom’s magical military elite of Grisha soldiers.

Notes Bardugo: “We really lucked into somebody extraordinary to play this role because General Kirigan – he’s not immortal, but he is so powerful that he borders on immortal. Ben has this wonderful ageless quality that works beautifully.”

The Six of Crows gang: Gambler and sharpshooter Jesper Fahey (Kit Young), Inej Ghafa (Amita Suman) a.k.a. the Wraith and rising underworld star Kaz Brekker (Freddy Carter), members of the criminal underworld. (The series is adapting Bardugo’s Grisha trilogy and the Six of Crows heist books at the same time).

“We pitched [this storyline] as ‘Ocean’s Eleven meets Game of Thrones,’ Heisserer says. “These are three of our Crows, a criminal element who have a mission all their own. How it dovetails in with the [Grisha trilogy] storyline I hope will be very exciting for our fans. Jesper is an accomplished gunslinger, he’s an amazing crackshot. Inej is very good at being quiet and with knives – she carries around 14 knives.” Adds Bardugo: Kaz [on the right] is the mastermind of the crew and he’s like a much less suave and much more violent Danny Ocean.”

A closer look at Inej.

“She’s an assassin,” Bardugo says. “You don’t want to mess with this woman. She has a knife in her hand and she’s got plenty more to back those up.”

“Nina is a Grisha spy and Matthias is a witchhunter from Fjerda, an enemy country north of Ravka that despises and fears the Grisha,” Bardugo says. “He and Nina are on a bit of a collision course.”

Adds Bardugo about the show in general: “I’ll just say these photos are just a tiny taste of some of the wonderful things that Eric and our team did with the show. They’re very character-focused don’t give a hint of the battles and spectacle that they achieved. But I also think it’s great because they focus on the heart of the show.”

The eight-episode debut season of Shadow and Bone, from Shawn Levy’s 21 Laps Entertainment, premieres on Netflix on April 23.

X
Paris Hilton Opens Up About Her IVF Journey With “Dream Guy” Carter …EntertainmentParis Hilton might soon be a mom!The heiress revealed she's going through the in vitro fertilization (IVF) process with her boyfriend Carter Reum and …
close