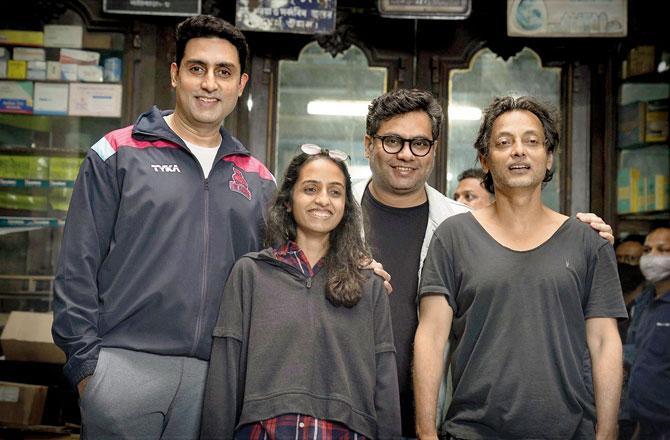 On Thursday, producer Shah Rukh Khan congratulated Abhishek Bachchan and the unit of Bob Biswas for completing the film’s shoot on time. “How wonderful. Thank you all for being so professional and getting the job done even in these testing times. Lots of love and luck to all of you, [sic]” King Khan wrote. SRK posted his reply to his production house Red Chillies Entertainment’s official announcement of the completion of the film.

Bob Biswas marks the directorial debut of filmmaker Sujoy Ghosh’s daughter Diya Annapurna Ghosh. The film is a spin-off of Sujoy Ghosh’s 2012 hit, Kahaani, which starred Vidya Balan. The film will see Abhishek Bachchan take on the role of the sly-looking Biswas. Recently photos of Abhishek in the Bob Biswas look had gone viral from the sets of the film in Kolkata.

The story of the film revolves around the life of the fictional character, Bob Biswas, who was seen as a special character in Kahaani. Bob is also known for his trademark line, “Nomoshkar, ek minute.” The film also stars Chitrangda Singh.