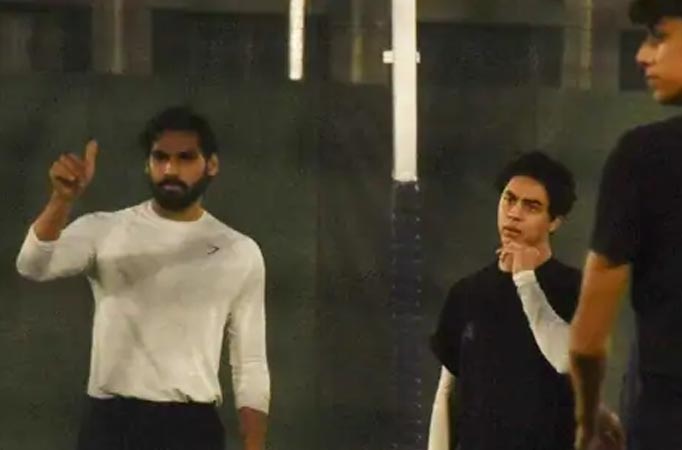 Star kids Aryan Khan and Ahan Shetty are making headlines as they were spotted playing a game of cricket in Mumbai. See pictures here 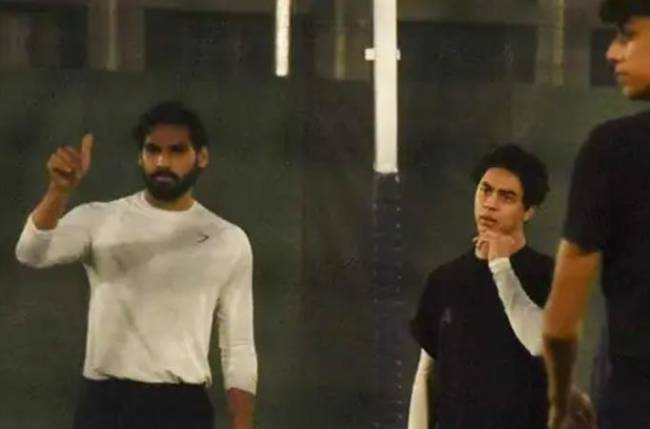 MUMBAI: Shah Rukh Khan’s son Aryan Khan and Suniel Shetty’s son Ahan Shetty were spotted playing a game of cricket. Pictures of them have now landed on the internet. Both the young lads look engrossed in the game. From the look of it, it appears Aryan did a stint as a bowler, will Ahan was in-charged with captain’s responsibilities – he was spotted as if he was overseeing field placements. 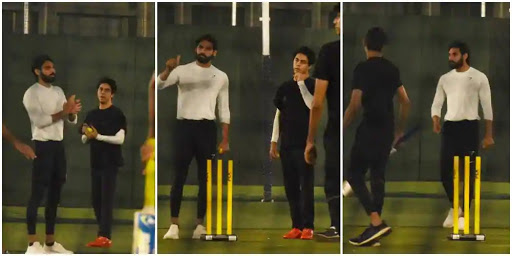 In the pictures, while Aryan was seen in a loose black track bottom, a matching black t-shirt with a full-sleeves inner. He matched it with a pair of bright orange sneakers. Ahan was appropriately dressed in a pair of black leggings, long shorts and white full sleeves t-shirt and pair of white sneakers.

Celebrities often take part in friendly matches. Ranbir Kapoor, Abhishek Bachchan, Sunny Deol’s son Karan among others have been often spotted in the past, playing football together.

Aryan is currently studying filmmaking in a college in California, while Ahan is scheduled to make his Bollywood debut in Milan Luthria’s remake of Telugu hit RX 100 and will be paired with Tara Sutaria.

Shah Rukh, meanwhile, has quietly begun shooting for his next film, Pathan in Mumbai. This is scheduled to be his first film after the debacle of Zero. The film will also star Deepika Padukone and John Abraham.

Suniel will be seen next on the big screen in Sanjay Gupta’s gangster drama Mumbai Saga, which features an ensemble cast including Emraan Hashmi, John Abraham, Kajal Aggarwal, Prateik Babbar and Rohit Roy.