Home EntertainmentTV Shaheer Sheikh talks about reuniting with Erica Fernandes and why Kuch Rang Pyar Ke Aise Bhi is close to his heart!

Shaheer Sheikh talks about reuniting with Erica Fernandes and why Kuch Rang Pyar Ke Aise Bhi is close to his heart! 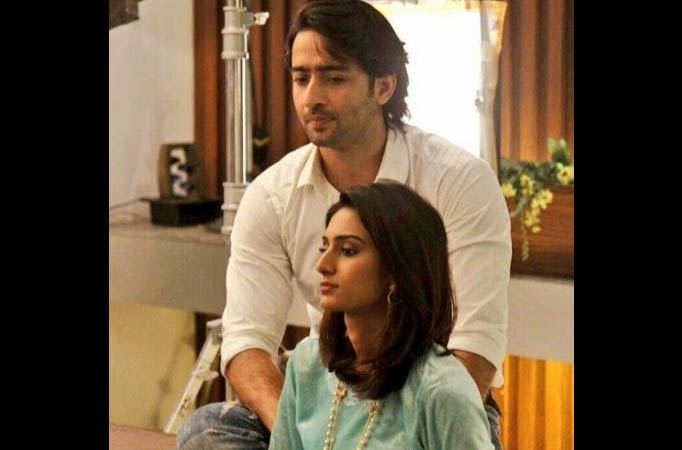 MUMBAI: Shaheer Sheikh is one of the most popular and loved actors of television. The actor rose to fame with his performance as Dev Dixit in Kuch Rang Pyar Ke Aise Bhi.

His pairing with Erica on the show was much appreciated. This was the first time the two worked together, and they instantly became very popular among the audience.

When the news broke that Erica was playing Prerna in Kasautii Zindagii Kay and there was no news about who would play Anurag, fans demanded that Ekta Kapoor cast Shaheer in the role and were heartbroken when this didn’t happen.

They two have a massive fan following, and the fans compare their on-screen chemistry to that of SRK and Kajol.

We came across an interview of Shaheer where he spoke about whether he would ever work with Erica again and why the serial Kuch Rang Pyar Ke Aise Bhi is so close to his heart.

( ALSO READ: Erica Fernandes REVEALS what her beau does when he sees her romancing her co-stars onscreen )

Shaheer said he would love to reunite with Erica if any project comes his way, as shooting for Kuch Rang Pyar Ke Aise Bhi was super fun and everyone on the set was so good.

He also said that the way the makers delivered exactly what they had visioned for the story and characters and that the process of working on the show was effortless.

The actor further stated that the show will be special to him as he never felt he was going to work. The entire team worked like a family, and it was fun to be on sets.

There is no doubt that Erica and Shaheer are one of the most iconic pairs of televisions, and fans can’t wait to watch them back on screen.

On the work front, Erica was last seen in Kasautii Zindagi Kay in the role of Prerna, whereas Shaheer was seen in Yeh Rishtey Hain Pyaar Ke.

These days, his debut web show Paurashpur is streaming on ALTBalaji, and he is receiving positive feedback for his role.

For more news and updates on television and Bollywood, stay tuned to TellyChakkar.