Shahid Kapoor soaks in some winter sun, check out how he struggles to keep his eyes open 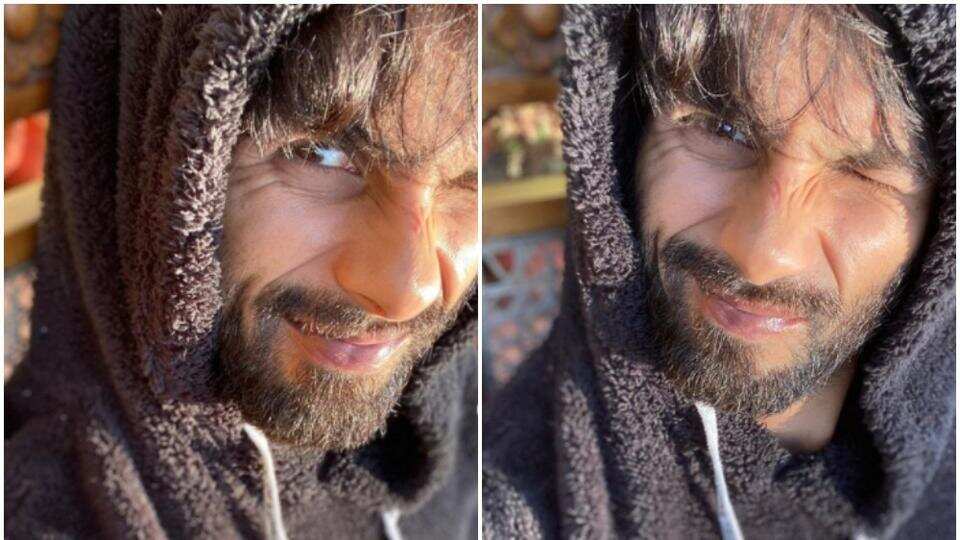 Actor Shahid Kapoor shared a bunch of pictures and said how he was soaking in some winter sun. The actor was seen in thick woollens and hoodie.

Sharing the pictures Shahid wrote: “Soaking the sun.” The pictures showed Shahid talking selfies even as he struggled to keep his eyes open with the sun’s rays striking hard. It was not clear where he was but similar pictures and video clips as his Instagram Stories showed mountains in the background, suggesting that he was somewhere close to the hills and, it appeared, for the shoot of his film, Jersey. He also sported a beard.

His fans were, of course, delighted to see him and dropped many fire and red heart emojis on the post.

Shahid’s Instagram posts in the past couple of weeks have mostly been about the shoot of Jersey. In many of them, he was spotted at the nets practising his shots in cricketing gear. He also shared some pictures of nature with the placid waters of a lake for company.

Jersey, which is the official Hindi remake of Telugu hit of the same name, tells the story of a failed cricketer who attempts to make a comeback in the game for the sake of his young son, who wants a team jersey. The original starred Nani in the lead role and was well received. The Hindi version is also being directed by Telugu film’s director, Gowtam Tinnanuri.

The film had an extensive shooting spell in Chandigarh, around February and March this year before the pandemic struck. Like all of Indian film industries come of the film came to a standstill in mid March when coronavirus related lockdown was announced. Shooting resumed only towards the last leg of 2020. The film also stars Pankaj Kapur and Mrunal Thakur in lead roles.

Shahid was last seen on the big screen in 2019, when Kabir Singh released.A remake of hit Telugu film, Arjun Reddy, the movie was a mega hit. The film was, however, hugely controversial too and was called out for its depiction of violence against women.