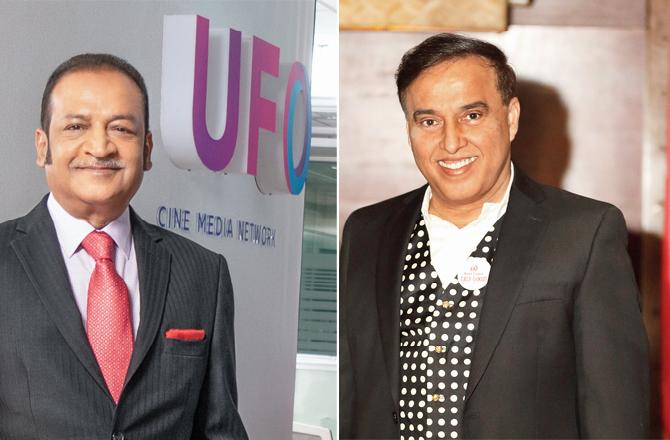 In times when the BIGGEST of Films, Producers , Exhibitors and studios are avoiding to take any risks , UFO Moviez is front Lining the whole campaign to infest life back into cinema halls, They have recently announced a slate of 11 films that they plan to release in the coming weeks.

They have proved their intentions and confidence with the way Shakeela has been promoted and mounted over the last one month. The film has been visible across all platforms since its first announcement and has been enjoying a great buzz and conversation around it. The Makers especially made a teaser which was targeted towards encouraging exhibitors and distributors and instilling confidence back in them.

The Film that stars Richa Chadda playing the title role of Shakeela is inspired by a shocking true incident and is supported by Pankaj Tripathi who plays a south indian super star that gets insecure with the rise of Shakeela and her popularity. The film is produced by Sammy Nanwani’s Magic Cinema and distributed pan India by UFO Moviez.

Sammy’s quote “I was very moved when I heard story of Shakeela and I felt that I should take the story to the world and that is how I decided to produce the movie. I am confident that the audience will love the movie.”
UFO is planning to release the film in 5 languages over 1000 screens which makes it one of the widest releases in theatres post Covid. One only wishes that more studios and distributors get inspired by this and follow the suite as this is the only way to revive the industry and theatres in the coming months.

Talking about Shakeela, here’s what KAPIL AGARWAL – Joint Managing Director of UFO has to say. “UFO Moviez’s intends to leverage its extensive infrastructure to push the content pipeline in cinemas to facilitate the revival of theatre viewing amongst the audiences. Our business model will also help exhibitors, producers and content-creators release their films widely in a professional and transparent manner. thereby addressing the existing gaps in India’s film distribution market and provide a democratized platform that will hopefully spark a new era of cinema viewing in the country.”

The producers and UFO decided to associate with Bollywood’s leading Marketing studio MAX Marketing…Who have been responsible for creating award winning campaigns for films like Kabir Singh, Saaho, Section 375, Manikarnika, Padman, Tumbbad and many more. They are also working on upcoming projects like Rajamouli RRR, Prabhas’ Radheshyam, Bhool bhulaiya2 and Mumbai Saga to name some. Max won awards for Padman, Kabir Singh and recently they also won Midday showbiz award as agency of the year 2019.

Max Marketing ensured the film is visible across radio, outdoor, print, digital, mobile etc in minimum cost with maximum impact. They also engaged in multi brands tie up for the film which is an achievement of sorts. While the film was widely promoted in Mumbai and Delhi through outdoor hoardings, it was promoted through street posters in other cities like Kolkata, Pune, Varanasi, Lucknow, Agra, Bhopal etc.