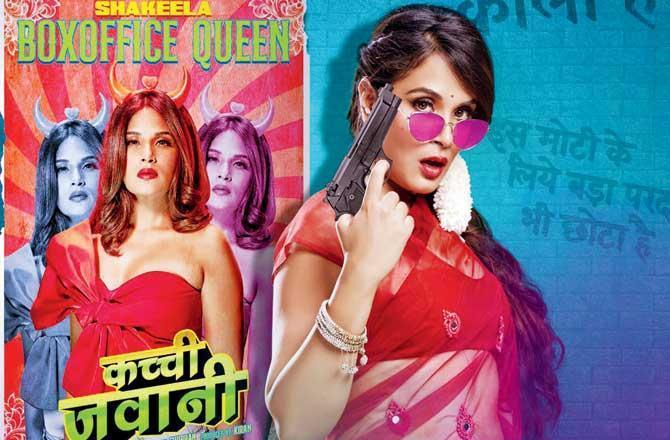 Since the time Richa Chadha-starrer film Shakeela release date has been announced, there has been great curiosity buzzing around the film. Richa will be essaying the role of a south adult film star Shakeela who was a cult figure back in the late 90s and early 2000 for her capability of filling up cinema halls through her presence in movies.

She was known to revive many producers career in the south film industry but her own life, in reality, had layers of several shocks. After receiving a thunderous response after the trailer of the film was released just two days ago, the makers have released the first song from the film ‘Tera Ishq Satave’ featuring Richa in a very sensuous and glamorous avatar.

The song is composed by super talented Meet Bros, sung by Khushboo Grewal and Meet Bros, and penned down by Kumaar. Much like the film, the song too is being also released in 5 languages, Hindi, Tamil, Telugu, Kannada and Malayalam. The film also stars the versatile actor Pankaj Tripathi in one of the iconic characters along with Ester Noronha, Rajeev Pillai, Kajal Chugh amongst others.

The film is presented and produced by Sammys Magic Cinema Motion Picture Production and distributed by UFO. Directed by Indrajit Lankesh the film is slated to release on 25th December across in 5 languages.