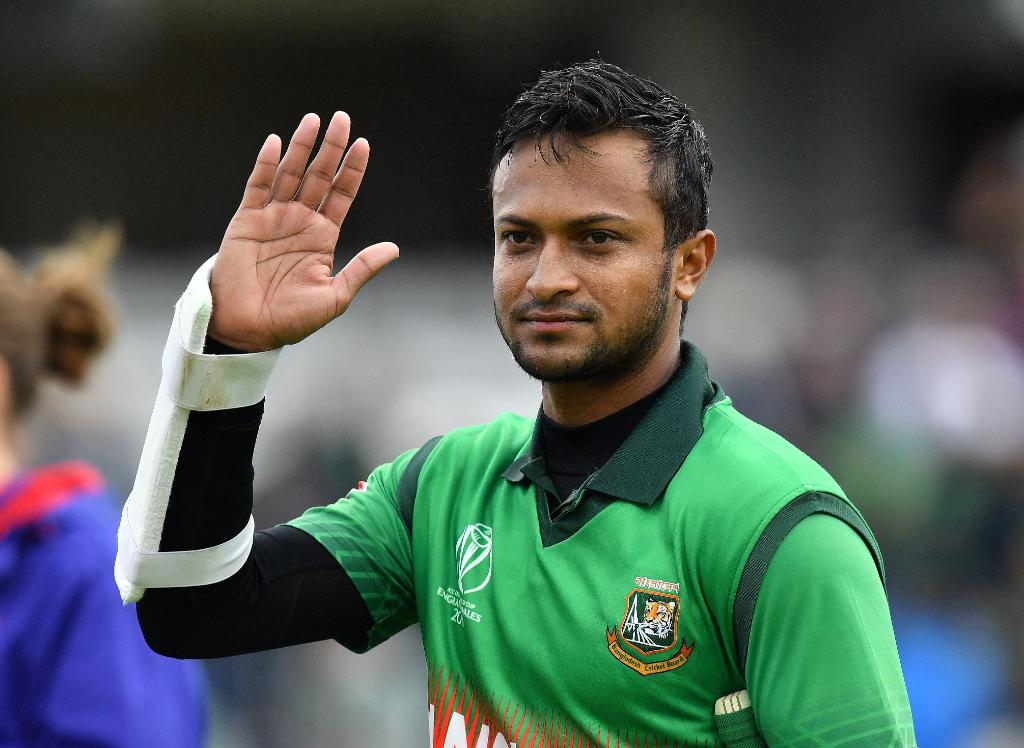 Shakib Al Hasan, Bangladesh’s all-rounder is doubtful for Bangladesh‘s tour of New Zealand next month because of injury and personal reasons.

Shakib Al Hasan returned to international cricket, after a one-year ban for failing to report corruption approaches, with the one-day series against West Indies that ended Monday.

Shakib Al Hasan scored 113 runs and claimed six wickets to win the player of the series award. But he limped off the field during Monday’s 120-run win with a groin problem. He was unable to complete his bowling spell bowling only 4.5 overs conceding 12 runs.

The all-rounder said he would wait at least a day before making an assessment but admitted “it doesn’t look very good at the moment”. Media reported that he might also skip the New Zealand series to be with his wife, who is expecting a child, in the United States.

Bangladesh had been counting on him for the tour in February and March as they have never beaten the Kiwis in New Zealand. They will play three one-day internationals and three Twenty20 internationals during the series.

Shakib Al Hasan said he would make an announcement after Bangladesh’s two Tests against the West Indies. The first starts in Chittagong on February 3. In 2015, Shakib Al Hasan became the first and only cricketer in history to be ranked the ‘No.1 all-rounder’ by ICC in its Player Rankings in all three formats of the game (Test, One Day International and T20 Internationals).

Shakib Al Hasan was suspended for one year and banned from all forms of cricket for two years by the International Cricket Council for breaching the ICC-Anti Corruption Code.  He was supposedly contacted by bookmakers while playing in the 2018 Bangladesh Tri-Nation Series and also in a group match in IPL 2018. His aggressive left-handed batting style in the middle order, controlled slow left-arm orthodox bowling, and athletic fielding has helped him win trophies in top leagues across the world.

The 3-0 whitewash against depleted West Indies at home has lifted Bangladesh to the second position in the ODI Super League points table as they are on 30 points along with England but ahead on net run rate. Bangladesh won 1st match by 6 wickets chasing 123 successfully and won second ODI by 7 wickets chasing 149. In the third match, Bangladesh won by 120 runs after posting 297/6. They play 2 Tests next at Chattogram and Dhaka.