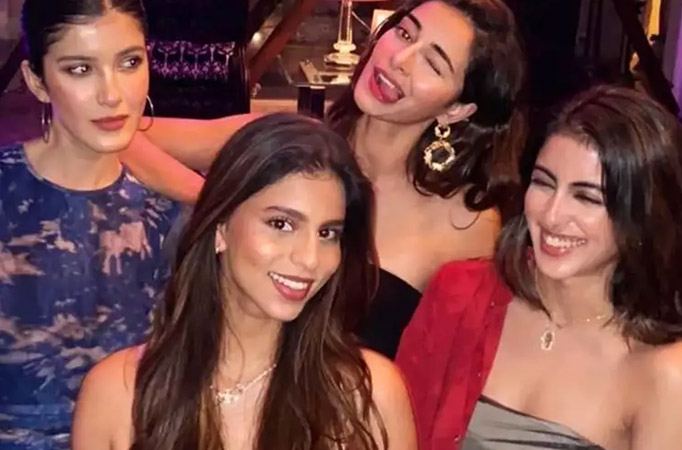 MUMBAI: Shanaya Kapoor, daughter of Sanjay and Maheep Kapoor, is one of the most photographed star kids in Bollywood. The young Diva has been often spotted along with her besties Ananya Panday and Suhana Khan. She has made her account public and given a sneak peek into her personal life. Shanaya has debuted at the prestigious le Bal des Débutantes in Paris. All dolled up in a red custom made gown, Shanaya looked breathtakingly beautiful. Diva has started her career as an assistant director in IAF pilot Gunjan Saxena’s biopic starring her cousin Janhvi Kapoor in the lead role. Apart from this, Shanaya was last seen on the screen in the Netflix web series Fabulous Lives Of Bollywood Wives. The web show showed glimpses of the lives of Maheep Kapoor and their entire family. Ananya Panday’s mother, Bhavna Panday was also a part of the show. Prior to her, Ananya Panday too had made her appearance at the event in 2017. In the picture, Shanaya Kapoor and Khushi Kapoor are seen applying mehandi at Sonam Kapoor’s wedding.

Shanaya and Navya Naveli Nanda were seen twinning in a black dress. Shanaya Kapoor has made her Insta account public.

Rumours are going on that Shanaya Kapoor will be soon making her Bollywood debut. But there is no official confirmation but we cannot wait to see her on big screen.

Shanaya Kapoor has all the reasons to become a successful star. She has already created a buzz on the internet from her looks.

ALSO READ – (WHAT! Navya Naveli Nanda and Taimur Ali Khan are cousins?; Read to know how )

Shanaya Kapoor looks sexy as she pose with Ananya Panday

Shanaya Kapoor has around 40K followers on her Instagram and after her account goes public the followers are increasing.

Shanaya Kapoor with her girl gang

Shanaya Kapoor poses with her girl gang. They all are very close to each other and share pictures together on social handles.