Sharad Kelkar: After Laxmii, I have huge respect for trangender people 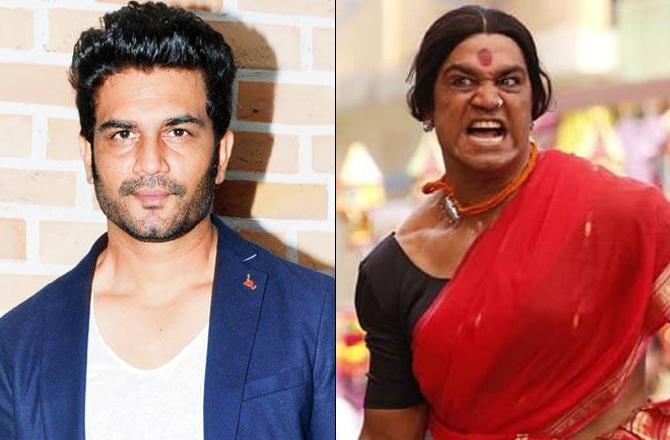 Sharad Kelkar and Akshay Kumar bowled everyone over with their transgender act in the recently released horror-comedy Laxmii. While the film received mixed reviews, with most of the reviews leaning towards the negative, Kelkar and Kumar’s performances were widely appreciated.

In an interview with ETimes, Sharad Kelkar spoke about his experience working on the film and with Akshay Kumar. He shared, “It was a great experience altogether. It was my second film with Akshay sir and he was generous and kind to me. They were searching for an actor for this particular role and many actors turned down the offer while a few big names were rejected by the production house.”

He added, “Then Akshay sir proposed my name as he was impressed by my work in Housefull 4. So both Raghav and Akshay sir finalised me.”

About meeting director Raghava Lawrence for the first time, Sharad said, “He straight away asked me to get ready for the role. I was a little taken aback but I got ready and after seeing me in the get-up, he immediately finalised me. He was really happy and said that he took the right decision of casting me for this role.”

Talking about playing a transperson for the first time and what he learnt about the community thanks to Laxmii, Sharad said, “I had different notions about transgenders earlier. Not just me but the society has been treating them differently for years now, so even I had got into that mode but I think after doing this film, I have huge respect for them. There are men, there are women but transgenders are a mix of both, so I think they are much evolved.”

On the work front, Sharad Kelkar will next be seen in the Ajay Devgn-starrer Bhuj: The Pride Of India.

Also read: Oh Boy! Have You Seen This Suave Photo Of Sharad Kelkar From His First Portfolio Shoot?

Lakshmi Manchu: Drew from real people to create my role in ‘Pitta...

Kareena Kapoor Khan shares a glimpse of her good day with her...

The master tenant of a San Francisco Bay Area warehouse where 36...
Read more

“They almost remind me of a young Great Khali” – Former...

Will Carnival, Royal Caribbean Or Norwegian Stock Grow The Most By 2022?