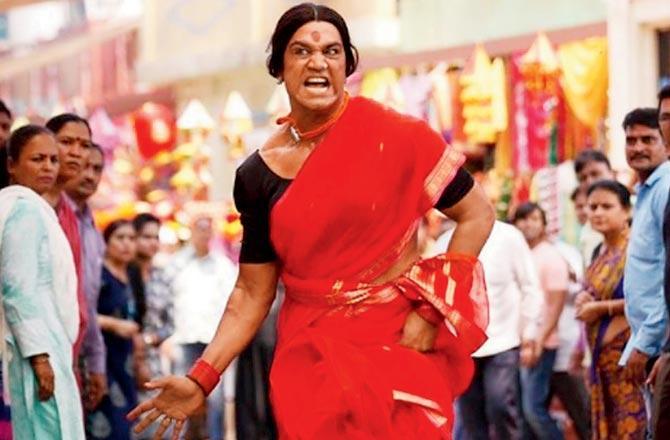 The one man whose performance was universally lauded in last week’s Disney+Hotstar’s release Laxmii was Sharad Kelkar, who played the extended cameo role of the transgender woman Laxmii in the film. Still basking in the love, a week later, the actor says he experienced a creative high playing the part. “This was a creative opportunity to push yourself and see how far you can go as an actor. I saw Kanchana when it was released and I was up to it the day I was approached for it. There was a beautiful process of getting into the part. I knew I had to match Akshay’s part so there is no mismatch.”

The journey, he says was not an easy one. While director Raghava Lawrence who had originally played the character in the Tamil film Kanchana guided him, Sharad Kelkar also consulted a friend who had portrayed a trans person on television. “In terms of training, a friend of mine was playing a transgender in a TV soap. We connected and discussed the challenges. The biggest guiding force was Raghava Lawrence (director) who played the part in the original and knew the approach. This character needed the pain and anguish of the community. I had to get an insight into the psyche of someone who has been kept on the fringes of society for a long time. Lack of inclusion is a pain they carry in their hearts and I tried to capture that. I chatted with the transgender actors on set to bring in a lived-in experience to the part.”

While mythology celebrates kinnars as dually powerful — with the strength of both a man and woman — the society has systematically always downplayed their significance. “It’s important to normalise transgender heroines in a mainstream movie. Until a mainstream film puts the spotlight on this, it doesn’t become a drawing room discussion,” says Kelkar, who agrees that the film opened to mixed reviews, especially within the LGBTQIA+ community. The community has found themselves divided on whether the film truly represents them or is an example of tokenism. “There are hundreds of documentaries about the third gender, but none that speak to the masses. That can only happen when a film [is packaged with] entertainment and masala.”

Another topic that sparked a debate was the lack of transgender representation in Laxmii. Kelkar clarifies his stand of taking up the role, “While hiring, the makers want to trust the capability of the actor. My part required a different range, including action sequences. Thus they opted for a male actor. Having said that, we did have a trans-woman playing Geeta, my daughter in the film.”

Also read: Sharad Kelkar: After Laxmii, I Have Huge Respect For Trangender People

“Don’t Write Your Assumptions”: Bhuvneshwar Kumar Slams Reports Of Him “Not Wanting To Play...

Don’t Lose That Loving Feeling: See the Stars of Top Gun Then and Now

I Don’t Regret Missing The Hundred, I Regret Not Finishing The Match: Gautam Gambhir...

How to plan your taxes so that you don’t invest more than what is...