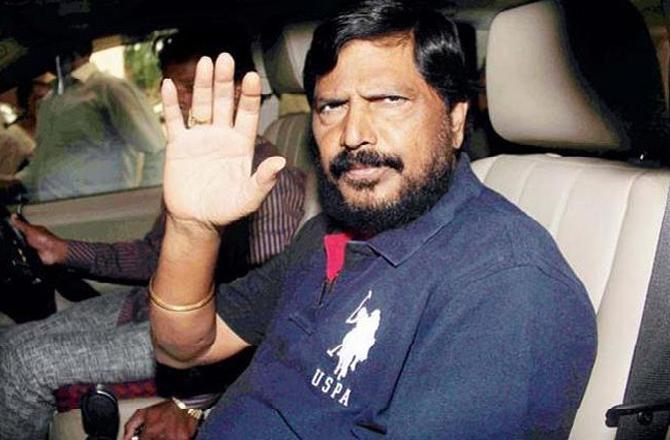 Athawale also told reporters in Goa, that West Bengal Chief Minister Mamata Banerjee appeared to have lost the plot ahead of the state assembly elections and said that the Bharatiya Janata Party appeared set to win more than 200 out of the 294 seats in the poll-bound state.

“…Sharad Pawar and NCP should join the NDA. Sharad Pawar’s experience as a farmer leader would certainly help the NDA. But whether the NCP joins or not, is dependent on them,” Athawale said, while describing Pawar as an “old friend”.

Athawale’s comments come against the backdrop of the prolonged farmers’ agitation on the borders of the national capital, who have demanded a roll back of the three controversial farm laws which were passed in Parliament earlier this year. Athawale said that the protests appeared to be “politically motivated”.

The Union Minister also said that the central government would not withdraw the farm laws, which have been duly passed in Parliament.

“The government will be willing to alleviate their (farmers) difficulties but we will not take the laws back,” the Minister said.

Athawale also said that the BJP was set to win the polls in West Bengal, adding that the Republican Party of India (A) was aiming to contest “three to four” seats in the state as part of the National Democratic Alliance government.

“The BJP is making inroads in Bengal. Out of 294, there is a chance that the BJP may win more than 200 seats…Mamata Banerjee on the other hand appears to be losing her temper. She has lost the plot,” Athawale said.

When asked if his party was looking at contesting the West Bengal polls as part of the NDA, Athavale said: “We will ask for ten seats, even if we get three to four, then we will fight it with BJP”.

Athawale’s party which has continued to be a part of the NDA, amid the exit of several parties from the ruling alliance, the Maharashtra-based politician said that other parties like Jagan Mohan Reddy’s outfit, Yuvajana Sramika Rythu Congress Party, ought to join the BJP-led alliance.

“Other parties like Jagan Mohan’s party in Andhra, Janata Dal in Odisha, etc, can join NDA… Congress party is losing popular base. Congress’ days are over and these are BJP’s days,” Athavale also said.