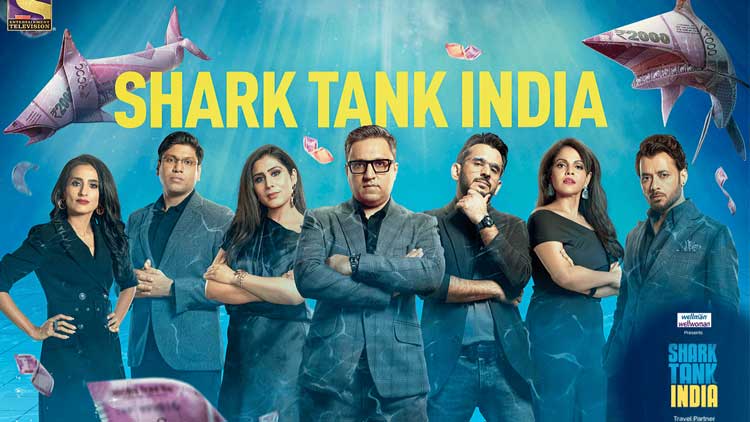 First Week of Shark Tank India concludes. And in this week we saw some of the most amazing business ideas, some weird and some truly awful.

By Entrepreneurs Jayesh Tope, Pritesh Mahajan and Pushkaraj Salunkhe. Revamp Moto brings a multipurpose Modular EV, which can be used for upto 10 different objective. They brought 2 different prototypes: RM Mitra 02, RM 25. The bikes are electrical and can run up to 140 Kms. With swappable battery.

The sharks showed their interest in the product and praised the opportunity the product can open for people. The bike can be used for delivery or be fitted with a compact cold storage.

The Revamp trio took time to discuss among themselves and decided to finally go with Aman-Anupam duo. And closed the deal.

The two served the sharks with some of their delicacies like Maggi Burger. They brought a deal of Rs. 50Lakh for 5% equity. According to the duo, their food business had around Rs. 9Lakh revenue per month before the pandemic. But were hit pretty bad during the pandemic. 80% of their customer base is from dining and 20% from delivery.

Ashneer Grover, Namita Thapar and Vineeta Singh immediately pulled out of the deal. Anupam Mittal advised the Hungry Head duo to appoint a store manager, while they themselves work on a separate project or take on a job. With that, Aman and Anupam also declared their intention to move out of the deal.

Presented by a couple, Shrawani Engineers presented a Belly Button shaper to the sharks. The couple had joyful attitude. Even with initial disinterest by the sharks the couple presented their product cheerfully. The product called, Navel Fukai, is a belly button shaper. One pack comes with, Sanitizer, Castor oil and a Navel Fukai. Navel Fukai is the main part of the product which is supposed to shape any belly button perfectly round and deep.

Shark Namita Thappar was surprised to hear that, one of the couple was an employee in Emcure Pharmaceuticals. Her own brand. Sharks Aman Gupta, Ashneer Grover and Anupam Mittal had a hard time containing their laughter.

Namita Thappar immediately pulled out of the deal. She was skeptical regarding a product which claims to make permanent changes to the body. Following which all the sharks pulled out one by one.

Before the couple left, Ashneer Grover left them a remark. And said “Serious, ho jaao apni life mein”, get serious with your life. Which hurt the couple deeply, as they retaliated with, “mera ghar chalta hai isse”, my house earning depends on this product. After the couple left, Shark Vineeta Singh asked Ashneer to sugarcoat his words. But he replied, he did it for their own benefit. Which Shark Anupam Mittal agreed to.