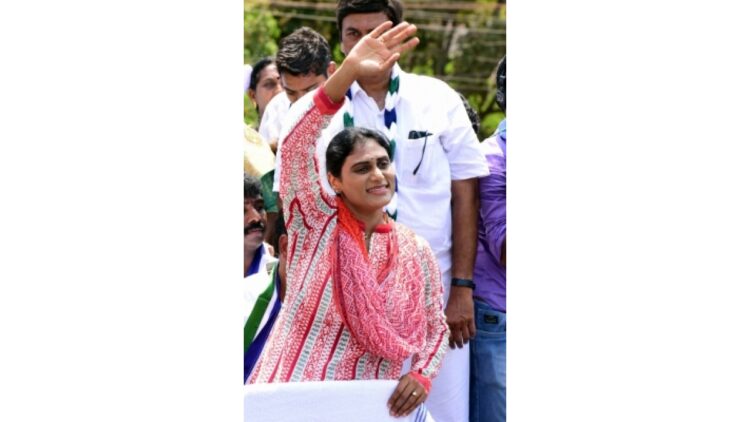 Sharmila, who is planning to float a political party in Telangana, addressed a meeting of loyalists of her late father and former undivided Andhra Pradesh Chief Minister Y.S. Rajasekhara Reddy from the district.

Addressing the meeting at her residence in Hyderabad, she said in the CM’s home district, 20 mandals are drought-prone. “What should be the level of development in united Medak district represented by the Chief Minister but what is happening there now,” she asked, claiming people of the district were facing water scarcity while farmers were suffering the most.

Sharmila alleged that farmers who had given their lands for Mallanna Sagar project were protesting. She also claimed that lands of Dalits were acquired forcibly.

Sharmila said she was pained to learn that a youth who had fought for statehood to Telangana recently attempted suicide as he was depressed over not getting a job.

The meeting was the latest in a series of consultations she is having with YSR loyalists from various parts of Telangana before announcing her political plans.

Sharmila has already admitted that she has difference of opinion with her brother Jagan Mohan Reddy, who is not in favour of launching a party in Telangana.

YSR Congress Party led by Jagan Mohan Reddy is confined to Andhra Pradesh and the party is not keen to revive its activities in the neighbouring Telugu state.