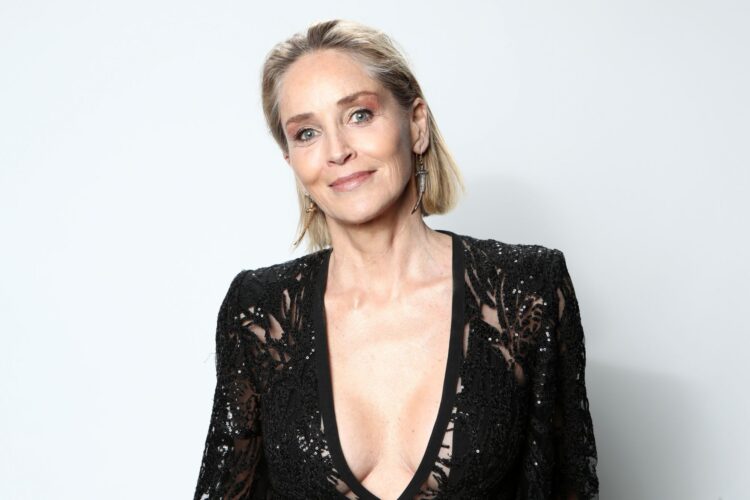 Sharon Stone has seen almost everything through her many decades in Hollywood. But it’s the violation the Basic Instinct star, 63, experienced by a physician that’s truly shocking.

Back in 2001, the Oscar-nominated star underwent surgery to remove benign tumors that were “gigantic, bigger than my breast alone.” But when the procedure was completed, Stone discovered that the surgeon had increased her breast size while she was on the operating table.

“When I was un-bandaged, I discovered that I had a full cup-size bigger breasts, ones that he said, ‘go better with your hip size,'” Stone told British newspaper the Times. “He had changed my body without my knowledge or consent.”

When she confronted the surgeon about the changes he made, Stone said he told her that he “thought that I would look better with bigger, better boobs.”

Stone opens up about her life in a new memoir, The Beauty of Living Twice, in which she also discusses the “white-light experience” she had when she suffered from a stroke and a subarachnoid hemorrhage that had bled into her brain, head and spine in 2001. The cerebral hemorrhage lasted nine days, Stone told Willie Geist on Sunday TODAY.

“The room was so silent,” she remembered. “When the room is so silent and no one’s running around trying to fix you, that’s when you realize how near death is and how serious everything is.”

“You write about the light, the feeling of falling, seeing people who had passed,” said Geist.

“I found out that I wasn’t the only one who’d had this kind of experience,” Stone replied. “It’s so profound. And I know that scientists feel that it’s a scientific thing that happens. And spiritualists believe that it’s a spiritual thing. Personally, I’m with [Albert] Einstein, who believed that it’s both.”

It took Stone seven years to get her career back after the near-death experience.

“I had to remortgage my house. I lost everything I had. I lost my place in the business. I was like the hottest movie star, you know?” she told Geist. “It was like Miss Princess Diana and I were so famous, and she died and I had a stroke. And we were forgotten.”

The recovery period was brutal for Stone, which she described to the Times as being “thrown off the bullet train.” Rebuilding her career forced her to “crawl up a hill of broken glass, get back on the train that’s going a million miles an hour and work my way from the cattle car up.”

She expected to celebrate “a new marriage and a new baby and a happy life” at the time. “Instead I nearly died, got divorced and lost custody of my kid. Yeah,” she said, discussing her relationship with ex-husband Phil Bronstein.

Stone tried to have additional children on her own, but was unable.

“I did this other thing, of trying to have children,” she said, explaining that she had three miscarriages at five and a half months, and the last one “was a multiple pregnancy. They thought I had five multiple pregnancies, and I kept losing them. One after the next after the next, heartbeat would go. And the final baby died, and I could feel it and I knew it.”

Despite her struggle, Stone says she now sees the “silver linings” from the experience. She’s the mother of three adopted sons, Roan, Laird and Quinn, and is in “a really grateful place” where she feels “very blessed and happy about the life I got.”

“We’re here to learn our lessons,” she explained to Geist. “I hope that I was humble and available to my lesson because I don’t wanna do it again. And do I think that I got it right in the smacker, maybe because I didn’t pay attention to some smaller lessons prior.”

At 63, Stone is back and feeling better than ever. She told the Times she’s dabbled in online dating during the quarantine period, which she called “a cool learning experience.”

“During COVID, where you really know you can’t get together: It’s a freedom. There’s a special kind of intimacy, a nice way to talk. I learnt a little bit more about how men think, and how they really are, and how their intimate selves work,” she said. But as for finding lasting love, Stone is less sure.

“I don’t know if I’m a person who’s going to get to have a relationship in my life,” she said. “But I hope that I am.”

Earlier this month, Stone took to Instagram to show off a photo of herself soaking up the sun while dressed in a Dolce & Gabbana knee-length black skirt, matching bustier and elbow-length gloves, Yahoo Life previously reported.