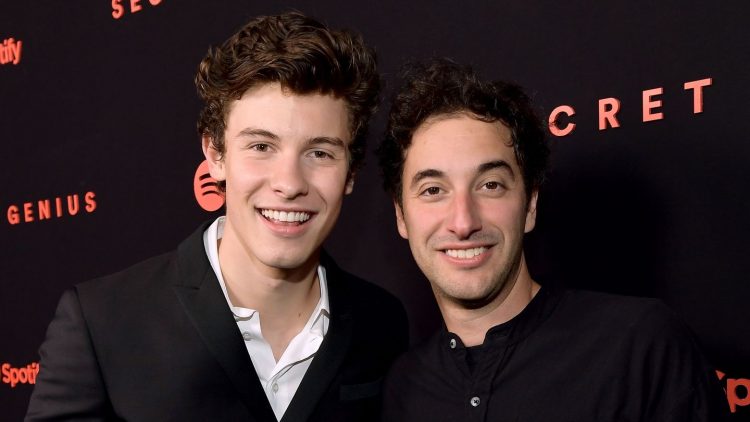 As the pop star Shawn Mendes unleashes his fourth studio album Wonder, buoyed by its eponymous single, into the world today (December 4), it’s clear to hear a natural continuation of his unique musical perspective: raw, emotional lyrics complemented by catchy, guitar-forward, and occasionally swelling production. It’s a style Mendes has refined over the course of his entire discography, the bulk of which was crafted by a tight, integral group of co-writers: Teddy Geiger, Geoff Warburton, and Scott Harris. Harris, a Long Island native, found his first taste of chart-topper status with his co-write on “Don’t Let Me Down,” which The Chainsmokers and Daya took to No. 3 in 2016. He’s since penned hits with Niall Horan, P!nk, Julia Michaels, and more.

But his work with Mendes has continued and grown since they initially linked up in 2014, collaborating on the soaring ballad “Life of the Party” and, later, the pop-rock grandiosity of “Treat You Better.” His songs helped take 2018’s Shawn Mendes album to No. 1. Now, Wonder finds Harris the lone holdover of Shawn’s core songwriting group. “I think me and Shawn are so open with each other, and that lends itself to it being so honest in the music,” Harris tells MTV News. The result is an album of longing that’s also not afraid to go as big as it needs to. “A lot of this record was written both pre-quarantine and during, but there are certainly songs that made [their] way onto Wonder about isolation, pausing, and being alone. Even with the song ‘Wonder,’ writing that on FaceTime and bringing it into the studio in an era of Covid certainly affected that record and the way some of the lyrics spilled out.”

As listeners begin to explore the world of Wonder, MTV News spoke with Harris about what it’s like watching Mendes grow from a young Vine performer into a global superstar, how writing for Mendes can double as a therapy session, and what the creative process was behind its key tracks.

MTV News: You and Shawn go way back. Can you remember the first time you met and worked together?

Harris: We met when Shawn was recording 2014’s “Life of the Party,” which I co-wrote. His A&R played him the demo, he loved it and cut the song, and from there, we started writing together. He was 15 at the time and I was 27. Shawn was a young songwriter, so I was showing him a little bit how to play guitar, and he was showing me ideas of what he was writing at the time, and we inspired each other at that very moment. The inspiration kind of never went away. I do feel like I was showing him the ropes as an older brother and in the same sense [he was] showing me the ropes as a younger brother.

MTV New: So after working with Shawn for so long, with a project like Wonder, how do you go, “OK, let’s get to work on an entirely different album from scratch?”

Harris: It’s a special relationship. We were talking about Wonder the day the previous album came out [2018’s Shawn Mendes]. It starts with this rapport we have where we’re constantly sending each other voice notes or songs from Spotify that inspire each other. We’d send each other all different types of shit, like Beatles songs or Pink Floyd or Queen. We were also listening to Paul Simon songs and the Beach Boys. We also went through a ton of different phases where we are listening to a bunch of ’80s music at one point, the kind of stuff I’ve been listening to forever, and those are some of the artists who inspired the album. Creatively, it’d unravel from there.

MTV News: What was the timeline of the production process? Were you polishing stuff up until recently?

Harris: It’s been wrapped for a few months. With me and him, it never stops. Some of the ideas we started directly after the last album have wrapped and became ideas that have made their way onto this album, as well as ideas that came about a few months ago. With “Wonder,” we’d started some of it on FaceTime and would get together to flesh it out.  One of the earliest songs was “Higher,” which we wrote in his dressing room after one of his shows at Barclays Center. Before and after the show, me and Shawn were strumming it, and the next day I remember him coming to my apartment, and we were kind of banging it out like, “Oh shit, this is really good.” We rented this studio down the block from my apartment and hashed it out from there. I wasn’t even sure it was going to make this project, but it felt so strong and kind of kept making its way through all the hoops. To this day it’s one of my favorites.

MTV News: Was there a creative inspiration when it comes to the events of 2020 in the work?

Harris: I love a song we did called “Call My Friends.” It’s an anthemy-type record and it’s kind of about Shawn missing his friends and wanting to come back down to earth. Honestly, all he wanted to do, as he says, is look at the moon with his friends and smoke weed. Sometimes you’re running around the world and you just need your homies. I think for myself I can certainly relate to missing those times. It’s a call to that idea, and it feels really special.

MTV News: So many other pop stars have songwriting sessions with a variety of people and they’re in and out of a million rooms. But Shawn so often works with you and (previously) Teddy Geiger and Geoff Warburton. Why do you think, from his perspective, having a tight group was and is so integral to his creative process?

Harris: It definitely stems from an emotional place. Comfort is key in the songwriting community; when you’re comfortable you feel you can really be yourself and be honest, especially for the music Shawn has made and continues to make. Being honest and open like that takes a lot of time and it takes a lot of energy. Instead of going around and doing The Dating Game with all of these pop writers and producers, you can just show up on any given day and spill your heart out and create versus starting from zero. I can’t speak for Teddy and Geoff, but I know for Shawn and me, aside from collaborators, we’re friends. We talk about non-music stuff all the time and sometimes it dips its way into the songs and sometimes it doesn’t. But both comfort and vibing musically with another person is hard to find.

For example, when it came to writing a song like “In My Blood,” we went in thinking, how can we show the world how Shawn is really feeling? How can we not write a love song? How do we treat this song as some type of story where we show Shawn has anxiety just like anybody else? How do we make it all not just I love you, I love you, I love you? But that just kind of just stems from any deep therapy session we had. We’d been talking about anxiety and how sometimes it feels like too much, and we came up with that little riff. Me, Geoff, and Teddy ran with that idea. At the time, we didn’t know it was going to be the debut single until 60 or 70 percent through the album.

MTV News: It was also you, Shawn, Teddy, and Geoff who concocted what would be a game-changer in his perception as an “adult” artist, “Treat You Better.” Can you take me into that room?

Harris: I went on a trip to South America and was listening to a lot of Vampire Weekend, so I came back with a bunch of weird riffs and one of them was part of the “Treat You Better” riff. We then had two days in the studio; we wrote “Treat You Better” one day and a song called “Patience” the other day and we weren’t sure which one was better. They were both electric guitar demos at the time and we really liked both of them. Lyrically, we were listening to The Police and talking about stories in Shawn’s life and came up with that kind of concept. It made its way through the entire album process as an unproduced demo. But one day, Teddy reproduced it, and we were like, “Wait, this is the best song we have!” and it kind of went from there.

MTV News: You’ve had a front-row seat to Shawn’s incredible rise and has seen his life go from normal kid to a global superstar. What has it been like to watch his life evolve into what it is today?

Harris: I remember growing up wondering about people’s rises to fame and it’s incredible to watch it all unfold. I remember him saying things like, “Man, if I can only get this opening slot for Taylor Swift I’ll be good.” Watching those little milestones and watching him step on each one like a little ladder has been amazing to see.

MTV News: As someone so close, what did you think of Shawn’s recent Netflix documentary In Wonder?

Harris: I think it’s a really good invitation into the world of Shawn that people don’t know. Even getting feedback from my friends and family, people obviously listen to these songs we created together but this is the first time they’re seeing Shawn as a real human being as opposed to a pop star on the radio. You can see he’s a really good dude and he’s emotional and he’s got feelings. He gets lonely and happy like everybody else.