Home General She Called Police Over a Neo-Nazi Threat. But the Neo-Nazis Were Inside the Police.

She Called Police Over a Neo-Nazi Threat. But the Neo-Nazis Were Inside the Police. 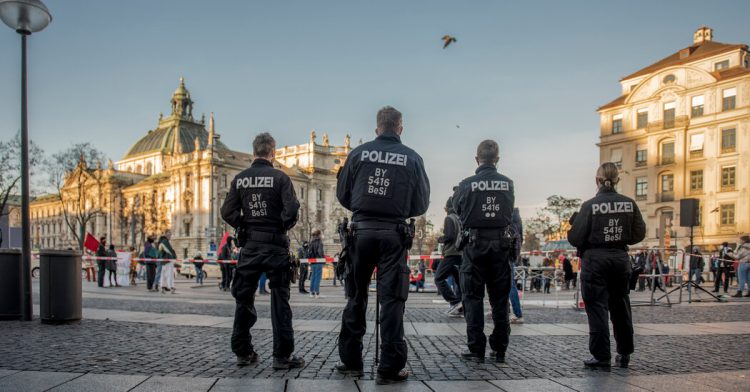 FRANKFURT — Traveling for work and far from home, Seda Basay-Yildiz received a chilling fax at her hotel: “You filthy Turkish sow,” it read. “We will slaughter your daughter.”

A German defense lawyer of Turkish descent who specializes in Islamist terrorism cases, Ms. Basay-Yildiz was used to threats from the far right. But this one, which arrived late one night in August 2018, was different.

Signed with the initials of a former neo-Nazi terrorist group, it contained her address, which was not publicly available because of the earlier threats. Whoever sent it had access to a database protected by the state.

“I knew I had to take this seriously — they had our address, they knew where my daughter lives,” Ms. Basay-Yildiz recalled in an interview. “And so for the first time I actually called the police.”

It would bring her little sense of security: An investigation soon showed that the information had been retrieved from a police computer.

Far-right extremism is resurgent in Germany, in ways that are new and very old, horrifying a country that prides itself on dealing honestly with its murderous past. This month, a two-year parliamentary inquiry concluded that far-right networks had extensively penetrated German security services, including its elite special forces.

But increasingly, the spotlight is turning on Germany’s police, a much more sprawling and decentralized force with less stringent oversight than the military — and with a more immediate impact on the everyday safety of citizens, experts warn.

After World War II, the greatest preoccupation among the United States, its allies and Germans themselves was that the country’s police force never again be militarized, or politicized and used as a cudgel by an authoritarian state like the Gestapo.

Policing was fundamentally overhauled in West Germany after the war, and cadets across the country are now taught in unsparing detail about the shameful legacy of policing under the Nazis — and how it informs the mission and institution of policing today.

Still, Germany has been besieged by revelations of police officers in different corners of the country forming groups based on a shared far-right ideology.

“I always hoped that it was individual cases, but there are too many of them now,” said Herbert Reul, the interior minister of North-Rhine Westphalia, Germany’s most populous state, where 203 police officers are under investigation in connection with reported far-right incidents.

For Mr. Reul, the alarm sounded in September, when 31 officers in his state were found to have shared violent neo-Nazi propaganda. “It was almost an entire unit of officers — and we found out by chance,” Mr. Reul said this past week in an interview. “That floored me. This is not trivial.”

“We have a problem with far-right extremism,” he said. “I don’t know how far it reaches inside the institutions. But if we don’t deal with it, it will grow.”

It has been growing by the month.

The 31 officers in Mr. Reul’s western state were suspended in September for sharing images of Hitler, memes of a refugee in a gas chamber and the shooting of a Black man. The unit’s superior was part of the chat, too.

In October, a racist chat group with 25 officers was discovered in the Berlin police after one officer frustrated that superiors would not do anything about it blew the whistle. Separately, six cadets were kicked out of Berlin’s police academy after playing down the Holocaust and sharing images of swastikas in a chat group that had 26 other members.

In November, a police station in the western city of Essen was raided after images of ammunition and benches arranged to form swastikas were discovered in a WhatsApp chat. This past week, a violent far-right chat with four police officers in the northern cities of Kiel and Neumünster was discovered. Ammunition and Nazi memorabilia were found in raids of the homes of two officers.

Much focus has been on the state of Hesse, home to Ms. Basay-Yildiz, who lives in Frankfurt, and a number of other high-profile targets of neo-Nazi threats.

Ms. Basay-Yildiz is intimately familiar with discrimination in Germany.

When she was just 10 years old, her parents, guest workers from Turkey, took the young Seda to help translate when they went to buy car insurance. The salesman declined to sell it to them. “We don’t want foreigners,” he told them.

“So I decided that I want to know what kind of rights I have in Germany,” Ms. Basay-Yildiz recalled. She went to the library, found an agency to file a complaint and got her parents the insurance they wanted.

It was then she knew what she wanted to do with her life.

She rose to prominence as a lawyer when she represented the family of a Turkish flower seller who was shot at his roadside stand. He was the first victim of the National Socialist Underground, known as the N.S.U., a neo-Nazi terrorist group that killed 10 people, nine of them immigrants, between 2000 and 2007.

After a five-year trial that ended only in July 2018, Ms. Basay-Yildiz won her clients modest compensation but not what they had most hoped for: answers.

“How big was that network and what did state institutions know?” said Ms. Basay-Yildiz. “After 438 days in court we still don’t know.”

Three weeks after the trial finished, she received her first threat by fax. They have not stopped since. Ms. Basay-Yildiz represents precisely the kind of change in Germany that the far right despises.

But she is not the only one. Police computers in Hesse have been used to call up data on a Turkish-German comedian, Idil Baydar, as well as a left-wing politician, Janine Wissler, who both received threats. The police president of the state failed to report it for months. He had to resign in July.

Most of the threats, including those to Ms. Basay-Yildiz, have come in the form of emails signed “NSU 2.0.”

In all, the state government has been looking into 77 cases of far-right extremism in its police force since 2015. This past summer it named a special investigator whose team is focused solely on the email threats.

When investigators discovered that Ms. Basay-Yildiz’s information had been called up on a computer in Frankfurt’s first precinct an hour and a half before she received the threat, the police officer who had been logged on at the time was suspended. The whole police station was searched and computers and cellphones were analyzed, leading to the suspension of five more officers. Later in the year, the number grew to 38.

Ms. Basay-Yildiz is not reassured.

“If you have 38 people, you have a structural problem,” she said. “And if you don’t realize this, nothing will change.”

Others, too, fear that the infiltration of police ranks poses special dangers for Germany, not least a creeping subversion of state institutions that are supposed to serve and protect the public.

“These far-right calls for resistance to public servants are an attempt to subvert the state from the inside,” said Stephan Kramer, head of the intelligence agency of the eastern state of Thuringia. “The risk of infiltration is real and has to be taken seriously.”

Like the military, the police have been aggressively courted by the far-right Alternative for Germany party, known by its German initials, AfD, since its founding in 2013. Four of the AfD’s 88 lawmakers in the federal Parliament are former police officers — nearly 5 percent compared with less than 2 percent in all other parties.

Penetrating state institutions, especially those with guns, has been part of the party’s strategy from the start. Especially in eastern states, a more extremist AfD has already made deep inroads into the police force.

Björn Höcke, a history teacher turned firebrand politician who runs the AfD in the eastern state of Thuringia, has repeatedly appealed to police officers and intelligence agents to resist the orders of the government, which he calls “the real enemies of democracy and freedom.”

Then, there is the question of whether the police force can adequately police itself. Despite strong evidence in her case, Ms. Basay-Yildiz notes, the perpetrators have not been identified.

The officer who had been logged into the work station that had been used to access Ms. Basay-Yildiz’s home address, and the names and birthdays of her daughter, husband, mother and father, turned out to be part of a WhatsApp group containing half a dozen police officers who shared racist, neo-Nazi content.

One image showed Hitler on a rainbow with the caption “Good night, you Jews.” There were images of concentration camp inmates and images mocking drowned refugees and people with Down syndrome.

The officers were suspended and interrogated. They offered multiple alibis — requests for information are so numerous, they could not recall accessing the information; many officers can use the same computer.

“It was absurd,” Ms. Basay-Yildiz said. “I have to assume that they did not treat these suspects as they would treat other suspects because they are colleagues.”

More frightening than the threats, Ms. Basay-Yildiz said, was her growing sense that the police were shielding far-right extremists in their ranks.

She was never even shown photos of the officers in question, who remain suspended on reduced pay, she said.

The threats kept coming, sometimes every few months, sometimes weekly. She moved her family to another part of town. Her new address was even more protected than the old one. Ordinary police computers could no longer call it up. For 18 months, she felt safe.

But early this year that changed: Whoever was threatening her had identified her new address and made sure she knew it.

This time the police came back and said her address had not been accessed internally.

“The circle of those inside the security services with access to my details is very small,” she noted. One would think that would make it easier to find the perpetrator. But she is not optimistic.

“I live in Hesse,” she said. “We saw what happened here.”

Last February a far-right gunman killed nine people of immigrant descent in two shisha bars in the city of Hanau, near Frankfurt.

In June 2019, Walter Lübcke, a regional politician who had defended Chancellor Angela Merkel’s refugee policy, was fatally shot on his front porch two hours northeast of Frankfurt after years of death threats.

On Nov. 11, Ms. Basay-Yildiz received her latest threat. It opened with “Heil Hitler!” and closed with “Say hi to your daughter from me.”

When she reported it to the police, their assessment was that she and her daughter were in no concrete danger.

“But I can’t rely on that anymore,” Ms. Basay-Yildiz said. “It’s a great factor of insecurity: Who can I trust? And who can I call if I can’t trust the police?”