Shefali Shah: Daughters are safe only when sons are raised right; will kill my kids if they hurt anybody 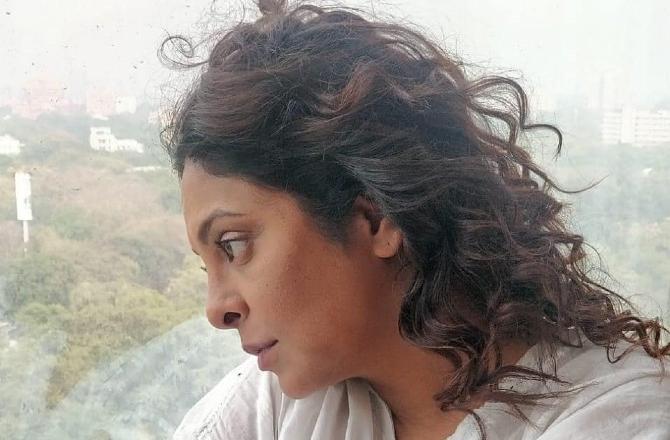 Shefali Shah’s earnest and honest portrayal as DCP Vartika Chaturvedi in Richie Mehta’s Netflix original show Delhi Crime was appreciated by the critics and audience. Needless to say, the show created history by becoming the first Indian series to bring home an Emmy. Delhi Crime – created and directed by Richie Mehta, and fronted by her – bagged the gong for Best Drama Series at the 48th International Emmy Awards

Since then, it has been a blissful haze of congratulatory calls and messages. In an interview, Shah talked about her experience of working on the series and appreciation she is receiving. Speaking to The Times of India, the actress said, “I did not anticipate. I did not think of where it was going to go, where it was going to be released. All I knew was it is an extremely, extremely special show and I am very proud of being a part of it. Every single moment of the show is emotional and there is no other way besides feeling it. That’s why I was feeling every single moment. And I remember there wasn’t any single moment when I wasn’t emotionally involved, invested, or consumed by it. I trusted the show. All of us believed in it, we were invested in it and we completely loved it.”

She continued, “There is so much I took away. ‘Delhi Crime’ was a turning curve in my life. I have never worked like this before. This is just enriching me, it has made me more meticulous, more particular, at the same time, it made me sharper, instinct and impulse because that is what I fall back on when I am in front of the camera. But there is a lot of work that went into the script. There was a lot of discussion between me and Richie on the smallest of the details. It has put in the finest positions of my career. It is giving me the kind of work I desire”.

Being a mother of two sons, Shefali has a piece of advice that she always gives them. “Well, I always believe that our daughters are safe only if our sons are raised right and this is exactly what I tell my children. I will kill them if they hurt anybody,” said the Dil Dhadakne Do actress.

Also Read: Shefali Shah: Don’t Know Of Any Other Show That Deserved This!

Delhi Crime is based on the 2012 Nirbhaya Gangrape case that happened in Delhi. Shefali leads a team of top-notch investigators. Shah’s part is modelled on IPS officer, DCP (South) at the time, Chhaya Sharma. At the Emmy Awards, the show beat Charite 2 (Germany), Criminal (UK) and El Jardin de Bronce 2 (Argentina) to bag the award.

After winning the award, Shefali Shah reacted, “This is a BIG one for us, a big one for India. Thank you for the endless love and support that has flowed our way for Delhi Crime. I am so honoured to be a part of something that is so real and relevant that it put us on the global map. Thank you for the nominations and the experience, Emmys. Congratulations to the supremely deserving team behind Delhi Crime.”

Also Read: Hair And There: Shefali Shah Pens Down A Oh-So-Relatable Poetry And You Have To Watch It