Home EntertainmentBollywood Shefali Shah: Was around 28-30 when I played mother to Akshay Kumar; got typecast very early

Shefali Shah: Was around 28-30 when I played mother to Akshay Kumar; got typecast very early 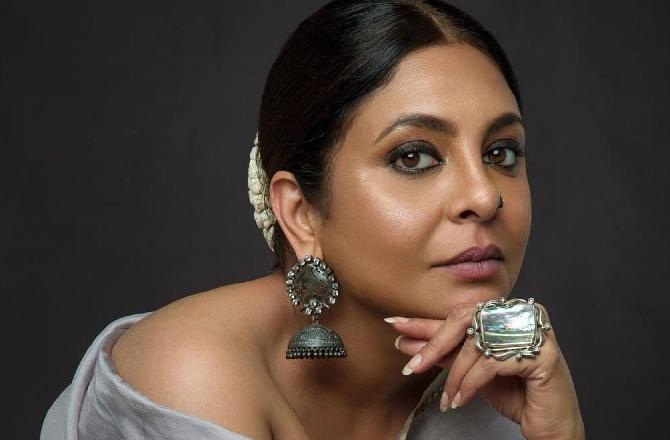 Shefali Shah is currently in the best phase of her career. In Dil Dhadakne Do, she played a housewife who’s hiding some demons inside and puts a charming smile in public. She stood out in an ensemble of dazzling and dependable actors. In the Emmy Award winning show Delhi Crime, she played an investigating officer and sank her teeth into a complex part.

However, her journey as an actor and the subsequent success haven’t been easy. In an interview with Times of India, she spoke about getting typecast early on in her career, turning down films and offers, and how Delhi Crime changed things for her.

She said, “I was typecast in a mother’s role very early in life. I didn’t even reach a certain age. I was 20. I did a show where I played the mother of a 15-year-old, I was 20 years old when I played a mom of 45. And then, when I was around 28-30, I played mother to Akshay Kumar. So I got typecast very early, if I didn’t even have to reach a certain age point. According to screen time, I’m probably 133 years or something.”

Also Read: Shefali Shah: Daughters Are Safe Only When Sons Are Raised Right; Will Kill My Kids If They Hurt Anybody

She also revealed how she began to reject offers and also stated the reason behind the same. “There were years where I kept saying no to work because it was just being so unfair. And then Juice happened. And then there was Once Again, that’s a very sweet and gentle love story,” Shah said. Talking about Delhi Crime, she quipped, “And then there was Delhi Crime. And all three of them put me into the centre of the frame. So it’s really opened up for me, and I’m finally doing the kind of work I desire.”

Apart from the aforementioned films and series, she has also been a part of films like Satya, Brothers, Waqt- The Race Against Time, Kuch Love Jaisa, and Commando 2.