Home EntertainmentHollywood Sherlock, Peaky Blinders To Fleabag – 5 BBC Shows You Should Watch In 2021 If You Didn’t In 2020! 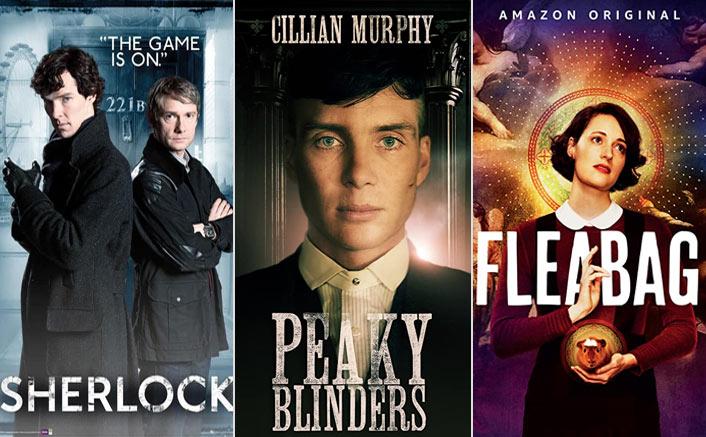 Never in our wildest dreams, we thought a global pandemic like this will hit us. It’s almost a year since COVID-19 first hit Wuhan in China and by March it has taken over the world and here we are still a little shaken from inside about what happened. Amid all the chaos, there was one thing that kept going was the internet which led us to stream our watch list on different OTT platforms including BBC shows like Sherlock, Peaky Blinders and Fleabag.

I won’t lie but I’ve discovered a lot of amazing content on OTT platforms that I wouldn’t have watched if I wasn’t home. I had such a long watch list and I’m glad I get to do what I loved the most in this crisis situation.

There are a few BBC shows that I want to talk about today that I discovered amid pandemic and all thanks to this work from home situation, I finished watching them in almost one go. I’ve always been a fan of English shows but Sherlock, Peaky Blinders and Fleabag just blew me away with their content. So, without wasting time, here it is.

Sherlock played by Benedict Cumberbatch is a detective who along with his partner John Watson played by Martin Freeman solves crime and mysteries. It is based on the work of Sir Arthur Conan Doyle’s stories. It is one of the best series ever made in the history of cinema and will keep you hooked on the edge to the very last episode.

This one is a masterpiece! Take my advice and watch the show if you haven’t already. The fiction story is actually based on a real gang from the 1890s to the early 20th century who entered the crime business and started dealing in arms. The series is lead by Thomas Shelby played by Cillian Murphy and has a massive fan base ever since the first season went on air.

Fleabag: A show by Phoebe Waller-Bridge starring her in the titular role is a bag full of complex emotions. It is an apt example of laughing at humour based on someone’s tragedy. The show focuses on Fleabag and people in her life, her quest for love, the wrongdoings, and talks about the deepest, darkest secrets or personalities which all of us have. It promises a rollercoaster ride of emotions.

Who wouldn’t love a show that we can all relate to, right? Normal People is a story of two people Marianne and Connell played by Daisy Edgar-Jones and Paul Mescal respectively. From being together in secondary school to facing the challenges of adulthood, the storyline beautifully deals with the intricacies of relationship problems and much more.

So, tell us which one of the above-mentioned BBC shows are you going to watch this long weekend?

Must Read: Anthony Wonke Explains How ‘The Man Who Walked Around The World’ Is Similar To His Other Films ‘Ronaldo’, ‘Star Wars’