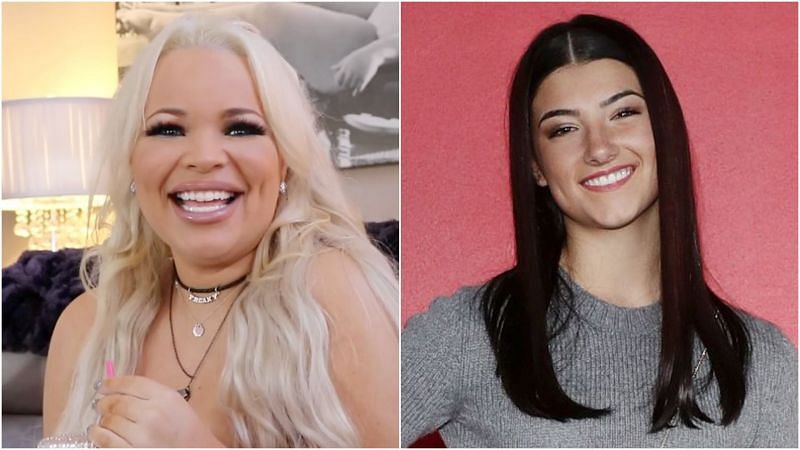 YouTuber and online personality Trisha Paytas recently fired shots at the D’Amelio family, particularly Charli D’Amelio, whom she labeled “an absolute idiot.” This was with regards to the Bahamas fiasco.

The temperamental 32-year old internet celebrity seems to have kickstarted a feud with the D’Amelio family. She retweeted a recent post by YouTuber DefNoodles, mocking Charli D’Amelio’s intelligence, or the lack of it.

The clip in question is a recent one, where the paparazzi ask Charli D’Amelio about her controversial trip to the Bahamas. The trip took place mid-pandemic and drew negative publicity towards several TikTokers.

When asked for a statement, Charli D’Amelio replied, “No response.” Her nonchalant response has clearly irked Trisha Paytas, who has since taken to Twitter to fire numerous shots at her.

From criticizing Charli’s lack of intelligence and common sense to calling out her parents for allegedly holding their children hostage, Paytas did not mince her words.

This is not the first time Trisha Paytas has ignited a potential feud with the D’Amelio family. Back in November, she called out Dixie and Charli D’Amelio over their controversial chef video.

They exchanged words back and forth, but things eventually settled down. There are still some remnants of bad blood between them, as this latest incident proved.

Twitter users were divided on the issue. Here’s what they had to say:

That’s scary too. Kids are trying to learn from their parents about the pandemic and she’s showing them it’s ok to do all these things. Awful role models for kids to look up to 👎🏻

And you’re not? She’s 16 – she can say dumb and do dumb things (not that she should). You know better and continue to say and do dumb shit. Stop bullying

I’m her age and I’m not even this dumb. I swear fame just gets to peoples heads in the worst ways sometimes

16 is old enough to be responsible during a global pandemic. my children are 3 and understand why we spend our days at home.

Y’all need to stop using her age as an excuse for her it’s getting old and tired, she’s old enough to understand that she shouldn’t be traveling in a pandemic

nah nah Trish she can choose to respond or not to respond. the same way you feel uncomfortable people coming up to your car, is the same way the paparazzi is making her feel.

It’s quite clear that there are two perspectives on Charli D’Amelio’s recent visit to the Bahamas and the statement that followed it.

With Trisha Paytas having her own share of controversies, many believe that it is not her place to call out a 16-year old.

As the debate ensues online, there’s a good chance of this feud blowing up soon.