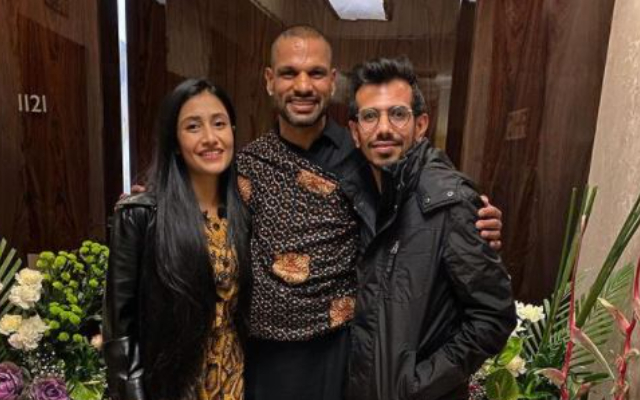 Following which during the 2020 IPL, the engaged couple was seen together in Dubai. In 2020 December, the duo got married as the couple took wedding vows in Gurugram in a Hindu tradition at the Karma Lake resort. Post which they were spotted spending their honeymoon in Dubai where they were hosted by MS Dhoni and Sakshi Dhoni for a dinner in Dubai. Chahal and Dhanashree both updated the pictures on their social media handles for their fans to have a look at them.

While Chahal turned up for the Haryana side, Shikhar Dhawan was seen captaining Delhi. Up Next both players will now be seen back in action during the limited-overs leg of England’s tour of India where the two sides would face each other in 3 ODIs and 5 T20s.

Meanwhile, Yuzvendra Chahal was last seen in action during India’s limited-overs series against Australia that comprised three ODIs and as many T20Is. He came in as a concussion substitute and turned the first T20I for India. he took three wickets to win the game single-handedly for his team. He is not a part of the Test squad which is currently playing a series against Australia. He will be next seen in action during England’s tour of India next year.