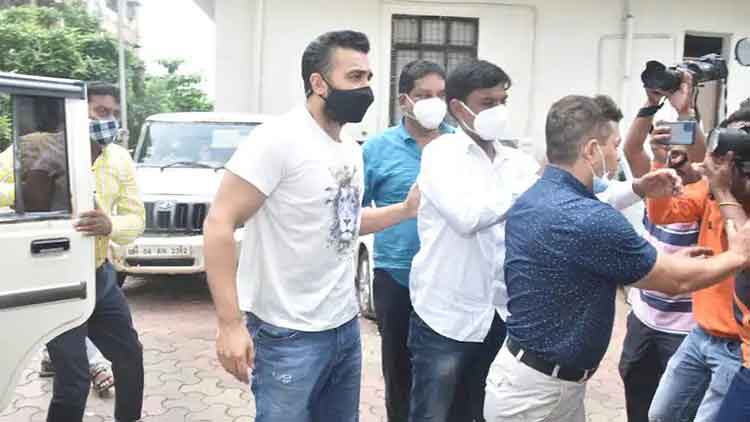 Controversial and troubled businessman, Raj Kundra Shilpa and Ryan Tharp were brought to Esplanade Court in a pornography case and after the hearing, he was taken back into custody and escorted to Bhaykhala Jail.

In the latest development, Mumbai Police Crime Branch has arrested one person named Ryan Tharp from the Nerul who has been accused of shooting pornography. He was also produced before the Court today.

“There was a case registered with the Crime Branch Mumbai in February 2021 about the creation of pornographic films and publishing them through some Apps. In this case, we’ve arrested Mr. Raj Kundra on 19/7/21 as he appears to be the key conspirator of this. We have sufficient evidence regarding this,” the Mumbai police commissioner said in a statement on Monday evening. Nine arrests have been made so far.

Raj Kundra was last quizzed by the Mumbai Crime Branch on March 27, 2021, with the case. He had also applied for an anticipatory bail application in an obscenity case, which is also being probed by the cyber crime cell. The obscenity case pertains to an FIR registered against 14 OTT platforms and web portals for obscene content in November 2020.

In 2015, he was banned for life from all cricket-related activities following an investigation into match-fixing during his stint as the co-owner with Shilpa Shetty of the Rajasthan Royals.