Home EntertainmentBollywood Shilpa Shirodkar: Mithun Chakraborty was instrumental in my Jinxed tag to be wiped out

Shilpa Shirodkar: Mithun Chakraborty was instrumental in my Jinxed tag to be wiped out 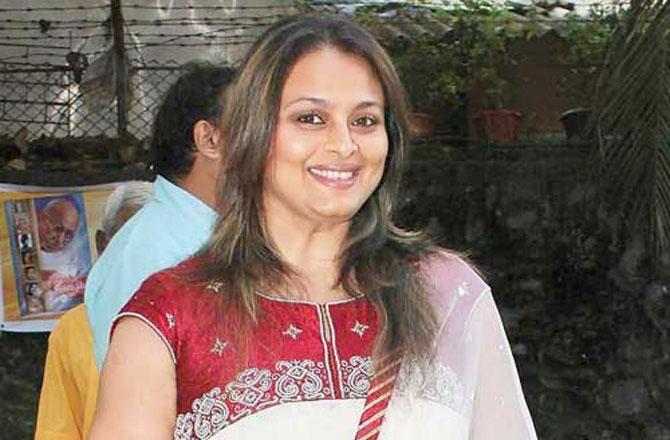 Shilpa Shirodkar, one of the popular actresses in the ’90s, has opened up about her early days in Bollywood, her struggle in the film industry, and her take on the nepotism debate.

It’s a known fact that Shilpa Shirodkar began her Bollywood career in 1989 with Ramesh Sippy’s Bhrashtachar, in which Mithun Chakraborty and Rekha essayed lead roles, and the newbie played a blind girl. However, it was not really her first film. In an interview with ETimes, Shirodkar revealed that her first film was with Rajesh Khanna, Tina Munim, Jaya Prada, Sumeet Saigal, which could not be made.

“I still remember on August 9, 1987, at Filmistan studio. I was supposed to be shooting with the biggest actors of the industry. I saw so many people waiting to see Rajesh Khanna, Tina Munim, Jaya Prada, Sumeet Saigal and Mr Sushil Kumar Shinde. It seemed like the whole industry was in a frenzy that a new girl was to be launched, the hype was too much. It was absolutely like a dream come true, but as we all know, everything doesn’t always turn out the way we want to. The film didn’t take off. Nevertheless, at that time it didn’t matter much to me honestly and I continued studying,” said Shilpa Shirodkar, while recalling how her journey in Bollywood began.

A year later, journalists started calling Shirodkar’s mother asking her about Shilpa and her career. They also suggested her mum – famous Marathi actress Gangu Bai – that the film would be not made ever. Time flew, and Shilpa met photographer Gautam Rajadhyaksh, whom she referred to as  “the miracle man of my life”. Shilpa did a photoshoot with him, he organised everything – right from the make-up artist to hairdresser – for Shilpa and did not charge her a single penny.

She continued, “And as god may have had it, one of the stylists from the photoshoot met Rikkuji (The top-most manager then who handled actors like Anil Kapoor and Madhuri Dixit) at Juhu beach for their casual morning walk and told them that they should consider me for films. Rikkuji at that time was working with Anil Kapoor, Boney Kapoor and was planning to launch Sanjay Kapoor and they were in search of a new girl. One day, Rikkuji came home and we went to meet Boneyji and the meeting went well. As Mr. India was a huge hit, Shekar Kapoor was going to direct Sanjay for his debut film. They were planning a film titled, ‘Jungle’ with Sanjay and I was a huge candidate for it. But again that didn’t work out and Kapoor made his Bollywood debut with ‘Prem’ along with Tabu. By this time everyone in the industry had named me ‘Jinxed’.”

However, Rikku Rakeshnath didn’t give up on Shilpa and continued showing Shilpa’s pictures to the industry insiders. And that’s how Shilpa Shirodkar bagged ‘Brashtachar’ and her journey in Bollywood began.

Shilpa Shirodkar also revealed that it was Mithun Chakraborty who helped her in wiping out the “Jinxed” tag. The actress said, “Mithu Da he was instrumental in my Jinxed tag to be wiped out. So yes, I didn’t come with all the frills and fancies but I made it.”

Shilpa may have had faced hurdles after becoming an actress, but her take on the ongoing insider vs outside debate or the nepotism debate is quite neutral. She said, “I don’t see the harm in a child choosing a career like his father or mother. And I think in India it’s been a norm to do that isn’t it? Doctor ka beta Doctor, lawyer ka beta lawyer, teacher ka beta teacher, jeweller ka beta jeweller and so on, so Actor ka beta Actor, the journey becomes slightly easy for them, but it’s not a given that they will be only and only be successful in that industry. Success only comes to those who deserve it, who work hard for it and with the blessings of the almighty. There are so many successful people in our industry who didn’t have anyone and yet have made it big, today if their kids want to pursue their parents’ career why not! I think it’s unfair to judge everyone.”

Shilpa Shirodkar was last seen in 2020 film Guns of Banaras, where she had a small role. The actress is currently living in Dubai with her family.