SHINee Inc: Onew, Key, Minho & Taemin will show us their true selves in exciting preview of their variety show 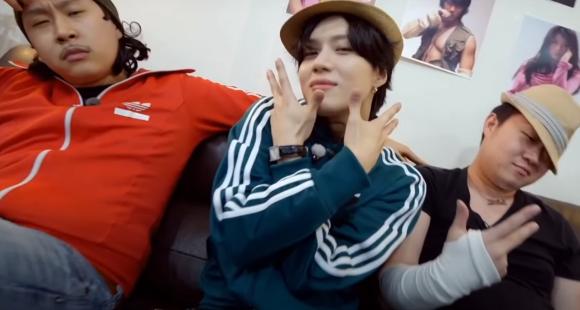 Along with their upcoming album Don’t Call Me, SHINee will be treating Shawols generously with a new variety show titled SHINee Inc. which will give us a glimpse at the members’ true selves.

We can”t help but scream from the rooftops: “Shinee’s Back!” The iconic South Korean boy group is ready to claim their title as Princes of K-pop with their highly-awaited comeback which includes the release of their highly-awaited seventh studio album Don’t Call Me. After being deprived of SHINee content for so long; owing to Onew, Key and Minho’s military enlistment, Shawols are being treated generously as along with an album, we’re getting a new SHINee centric variety show as well.

Titled SHINee Inc., the producers of the upcoming variety show teased to Sports Kyunghyang via Soompi that fans will get to see the unique charms of SHINee members through a “new, fresh viewpoint and format.” Given their illustrious 14-year career, the members have personally participated in planning the program while “endless explosions of laughter and ideas” engulfed their first meeting. If this tease wasn’t enough, a new preview of SHINee Inc. was unveiled recently featuring the members talking about their hopes and goals, both for SHINee Inc. and Don’t Call Me.

“This is our first time releasing a new album in a long while, and I think it’ll be important for us to seem approachable to the general public when seen as a full group,” Minho confessed in a meeting while Key hoped that the question: “Oh, only SHINee is in this?” doesn’t even cross people’s mind while watching their variety show. Key wished for people to watch SHINee Inc. because it’s fun. We also adored Kibum’s cameraman shenanigans with a water bottle before shifting gears to SHINee’s maknae as Taemin strikes a gangster pose in a dark green hoodie, blue jeans and white sneakers, sharing, “I think it’d be good to collaborate, maybe with YouTubers who are famous among the younger generations.”

A blonde Onew greets us next as we get a glimpse of SHINee’s leader singing soulfully while telling the production staff that if they make it possible for them to focus, SHINee can do it.

In the closing moments, we see Minho’s ‘Flaming Charisma’ personality shining through as he dunks a basketball, concluding, “To be honest, I’m confident. When told to do something, even if it’s an impossible mission, I’ll think, ‘It seems like it will work. I’ll try it just one more time.'”

We can’t wait to see what an equally chaotic and determined SHINee has in store for Shawols!

ALSO READ: Don’t Call Me: SHINee’s 7th full length album to be out on February 22 as members treat Shawols with Marry You

Are you excited to watch SHINee Inc.? Share your excitement with Pinkvilla in the comments section below.

Meanwhile, SHINee Inc.’s producers further teased to Sports Kyunghyang, “Please look forward to finding out what kind of true selves SHINee wanted to show viewers, and please show them a lot of support.”