Home EntertainmentGossips SHINee’s Minho recalls his ‘awkward’ first encounter with Super Junior’s Heechul: I was sweating so much

SHINee’s Minho recalls his ‘awkward’ first encounter with Super Junior’s Heechul: I was sweating so much 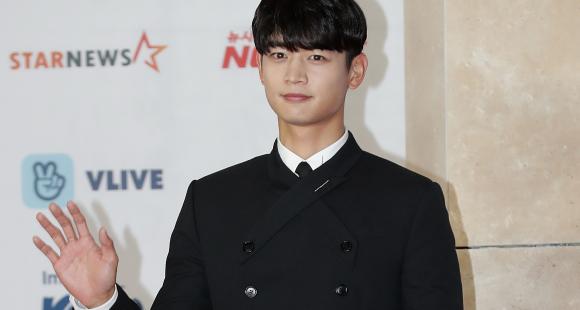 SHINee’s Minho recalls his ‘awkward’ first encounter with Super Junior’s Heechul: I was sweating so much

SHINee member Minho was the special MC on SBS” variety show My Ugly Duckling and spoke candidly about fellow SM artist and Super Junior member Heechul. Sharing how Heechul has changed a lot now, Minho gushed in awe, “He’s completely different. He was so scary. But now, he’s become so different that it made me think, ‘Wow, so people really can change like this.’ I didn’t know he’d change so much,” via Soompi.

The 29-year-old singer also recalled his first “awkward” encounter with Heechul when he went to visit Super Junior members’ dorm just before the boy group had debuted. Minho revealed how the other members had warned him to not go near Heechul’s bed and to also not touch or pet his cat as the 37-year-old singer’s anger could be redirected at him. Somehow, during the hanging out session, Minho wound up alone with Heechul which was “awkward” and the former was “sweating so much.”

While Heechul was busy playing games on the computer in the living room, Minho sat near him with his back perfectly straight at a 90-degree angle the whole time. However, Heechul broke the ice first and had asked Minho if he was a new trainee to which the latter responded affirmatively. Minho shared that he’d joined SM since such-and-such time and was currently training with the older members. Heechul replied with a simple, “Oh, okay, Work hard,” before resuming with his game the entire time.

ALSO READ: SHINee set to make their highly awaited comeback in February? Here’s what SM Entertainment has to say

Interestingly, Minho recounted how he was close with all the Super Junior members back then but not with Heechul. Since then, many would agree that Heechul’s personality has changed visibly and you could also see his cordial equation with all the members of SHINee in variety shows like Knowing Bros and Life Bar.