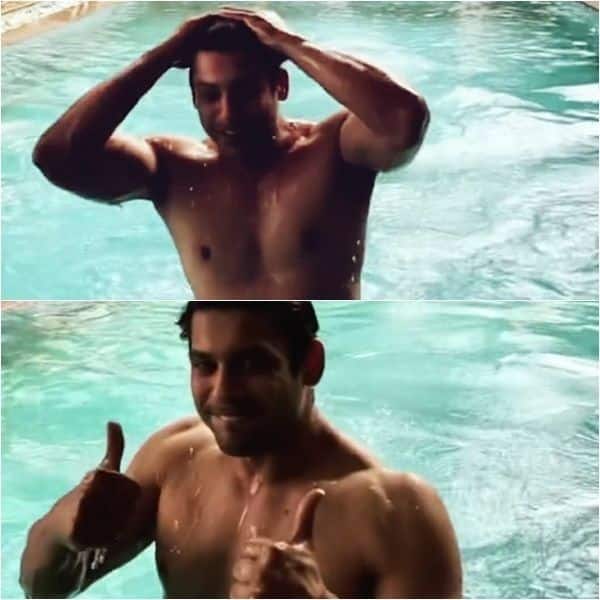 Bigg Boss or not, Sidharth Shukla continues to entertain his fans, through his social media posts and updating them with his upcoming projects. The heartthrob is known for his hot looks and girls never get tired of crushing about him. His fan following has grown bigger than ever after winning Bigg Boss 13. And it seems like, Sidharth is going to witness a sudden spike in his followers’ graph after he posted a shirtless video on Instagram. Also Read – Bigg Boss 14: Rubina Dilaik gets congratulatory messages from Sidharth Shukla, Hina Khan, Gauahar Khan — read tweets

In the short slo-mo video, Sidharth is seen wearing nothing but shorts as he prepares to take a dip inside the swimming pool. He takes the plunge and effortlessly swims underwater from one end to another. At the end, Sidharth rises up flaunting his bare upper body, adjusts his hair and gives a thumbs up to his fans with a wide smile on his face. Also Read – Bigg Boss 14: Rubina Dilaik emerges as the winner of the season

After watching the video, his fans couldn’t swooning over his chiseled body. They have been praising him for his hotness and sharing the screenshots on social media. Also Read – Bigg Boss 14, Sunil Grover, Shehnaaz Gill – here are the TV Newsmakers of the week

We all know that Sidharth Shukla and Shehnaaz Gill’s incredible chemistry from Bigg Boss 13 is deeply loved and cherished by #SidNaaz fans. The two maintain that they are BFFs but fans always feel there is more to that. Though it has been more than a year that the show came to a close but their friendship is going strong as ever. On the occasion of Valentine’s Day, the two featured in an ad wherein Sidharth and Shehnaaz were seen giving a Champi to each other. The commercial is damn cute and one can watch it on loop.