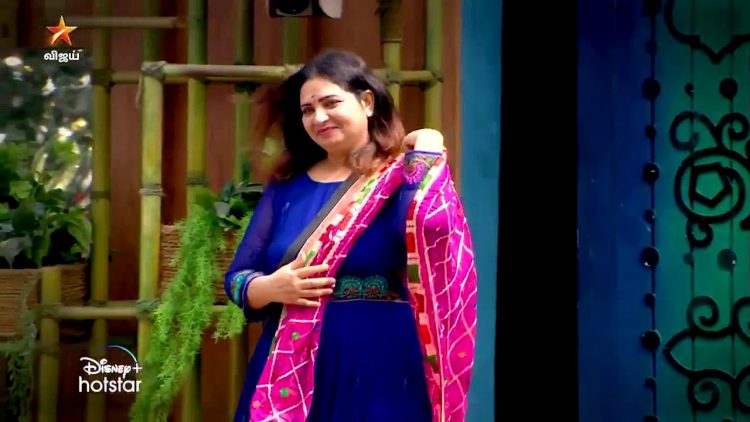 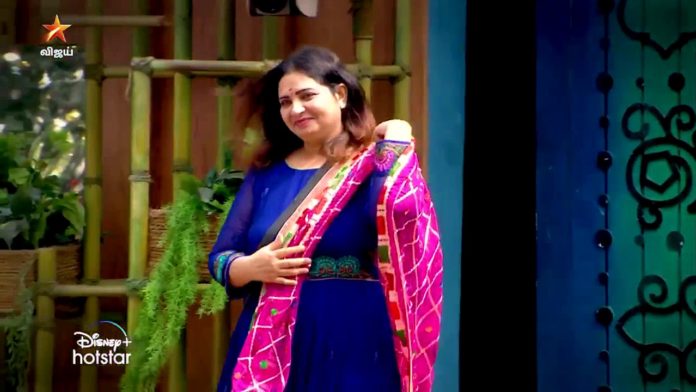 The Bigg Boss Tamil season 4 has suddenly become a topic of discussion due to Shivani’s mother’s controversial entry into Bigg Boss house. This year, the show has reached its final stage as various controversies and problems have arisen.

In today’s episode, Shivani Narayanan’s mother came to the Bigg Boss house. When she arrived, she went straight to Shivani alone without talking to anyone else and started abusing her with words. She furiously said, “Why have you come? Tell me why you have come into Bigg Boss’ house. You didn’t play the game individually rather stuck to Balaji all the time. Are you a servant to Balaji? I am so angry that I might beat you. You didn’t make us proud, and we are getting trolled for your behavior inside Bigg Boss house.” Shivan’s mother even used some unparliamentary words censored by Vijay Tv when she talked to Shivani.

Although Shivani’s mother speaks out of concern for her, many netizens are not happy with her behavior. Tamil film director CS Amuthan has expressed this opinion on Twitter: ‘I just happened to watch the Big Boss episode. That was clearly normalizing extremely toxic parental abuse. No..No come on, that’s not acceptable content at all.’

Ok. Just happened to watch the Big Boss episode. That was clearly normalising extremely toxic parental abuse. No..No come on that’s not acceptable content at all.

I disagree with the way #Shivani Mom reacted. Her intention was right, her words were not. But I strongly condemn the trolling against her mom. Just watching the show doesn’t give us rights over her entire family. Dot #ShivaniNarayanan #BiggBossTamil4 #biggbosstamil

While others are supporting her reaction and call it a genuine concern of a mother for her daughter.

A mother will never spoil her child’s life. #Shivani is just 19 years old so her mom showing #shivaninarayanan the right path in her way. Her mom is already hurt so pls don’t hurt someone just to trend ur tweets and people u like. #Shivani will never be happy seeing these.

This is wrong. She was on her point – Don’t do aaya work for anyone and wake-up song will be heard by everyone no need to wake-up anyone. If not #BalajiMurugaDoss was there #Shivani would have been played more individually #shivaninarayanan pic.twitter.com/glgBdihzDK

Shivani needed that very much . Sometimes shock treatment is needed to wake them up. Mom.knows what’s the best for her child. STAY STRONG SHIVANI AMMA. #ShivaniNarayanan Today Shivani is trending only bcos of her MOM.

Some even refer to it as a strategy to gain sympathy votes as Shivani is in danger of eviction this week.

I think #Shivani mom literally fake and it clearly shows in her face
She wanted #shivaninarayanan to get safe this week as #Aari s name isn’t in this week nomination.. She just praised him because of that..#BiggBossTamil #BiggbossTamil4 #Biggboss4Tamil

Her mom knew that she gonna get busted for her actions and words used.

But still she did to make sure people will start talking good about Shivani, and she might change her game.