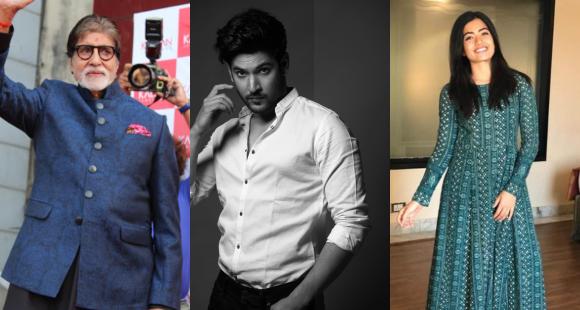 Popular television star Shivin Narang, who is known for his stint on Beyhadh 2, is gearing up for his big-screen debut with Amitabh Bachchan and Rashmika Mandanna starrer GoodBye. The film is helmed by ace filmmaker, Vikas Bahl.

For many television stars, the journey from the small screen to big screen is never easy. It needs hard work, determination and patience. Speaking of this, the big screen dream of one of the popular television stars, Shivin Narang is all set to come true. Shivin is gearing up for his big screen debut in Vikas Bahl”s GoodBye with Amitabh Bachchan and Rashmika Mandanna. Yes, the actor is all set to join the shoot of the film when it commences with Amitabh Bachchan and Rashmika.

While Shivin has been previously known for shows like Khatron Ke Khiladi and more, his most popular stint was on Beyhadh 2. Now, as he gears up to join Amitabh Bachchan and Rashmika on the big screen in Vikas Bahl’s film GoodBye, fans of the young actor surely will be excited for him. Earlier, Big B had given an update about the look test for GoodBye post hios eye surgery on his blog. It was last month that Pinkvilla had also reported that the shoot of the film will commence in April.

Just a day back, Shivin had left fans excited about a new project as he shared a photo of himself on his Instagram and bid adieu to Mumbai. He captioned the photo as ‘Day 1’ and that left fans curious about his next venture. Well, now, it is all clear that he is debuting in GoodBye. Now, as Shivin’s debut is confirmed with GoodBye, it surely will bring cheer among all his fans. Last month, Pinkvilla had got you an insider scoop about the project and when it will go on floors. As per our source, “s of now, the plan is to start shooting from April 5 or 6. Major portions of the film are set in Chandigarh, which is why parts of the city have been recreated at a Mumbai studio. The first schedule is expected to go on for around a month, after which the cast will move to Chandigarh and Haridwar for the following schedules. The earlier plan was to start shooting from March 23. Meanwhile, most of the pre-production work has been done and the team is ready to start filming.”

GoodBye is being produced by Ekta Kapoor under the banner of her production house  Balaji Telefilms along with Reliance Entertainment. The film will also bring Rashmika together with Big B for the first time. Reportedly, this would be her second Bollywood project. She is all set to debut with another Bollywood film, Mission Majnu with Sidharth Malhotra.