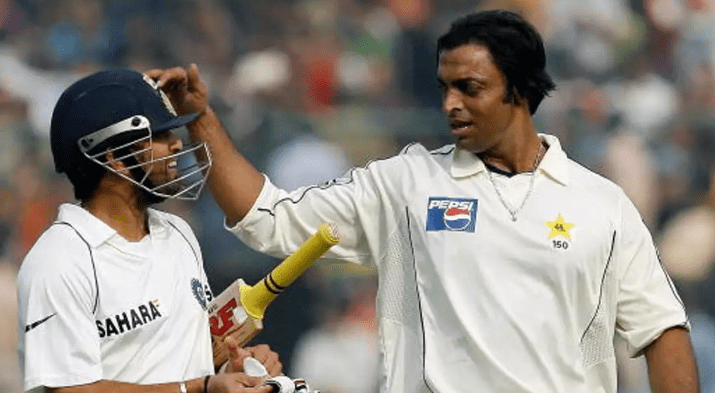 Sachin Tendulkar tested COVID-positive after returning from the Road Safety World Series. He updated his fans regarding the same on March 27. Since then, several other former Indian players who played along with Tendulkar in the tournament have tested COVID positive as well. Irfan Pathan, Yusuf Pathan and S Badrinath tested positive and Indian Women T20I skipper Harmanpreet Kaur is the latest to join the list. Sachin has isolated himself since the day he tested positive and urged people who came in contact with him, to get themselves tested as well.

Meanwhile, former Pakistan pacer  and Sachin’s good old friend Shoaib Akhtar has wished him a speedy recovery. “One of my favourite rivalries on the ground. Get well soon buddy Sachin Tendulkar,” tweeted Shoaib.

One of my favorite rivalries on the ground. Get well soon buddy @sachin_rt pic.twitter.com/mAleuepcwM

Sachin Tendulkar had tested positive for Covid-19 a few days ago and is currently in home quarantine with mild symptoms.

“I have been testing myself and taking all the recommended precautions to ensure Covid is kept at bay. However, I’ve tested positive today following mild symptoms. All others at home have tested negative,” Tendulkar had tweeted.

Meanwhile, the rivalry between Sachin Tendulkar and Shoaib Akhtar started way back in 1999. It was Akhtar who bowled Sachin in the one-of Test match in Kolkata. This started the rivalry after which both players had several face-offs.

In the 9 Test matches that Sachin has played against Pakistan in which Shoaib was a part of the playing XI, he has scored 416 runs at an average of 41.60. Akhtar has dismissed him thrice in Test cricket.

In the 19 ODIs that Tendulkar has played against a Pakistan side with Akhtar, he has scored 864 runs at an average of 45.47 and a strike rate of 90.18. Akhtar has dismissed Tendulkar five times in ODIs.

Notably, Tendulkar, the Pathan brothers and Badrinath were all part of the India Legends team which won the Road Safety World Series in Raipur.