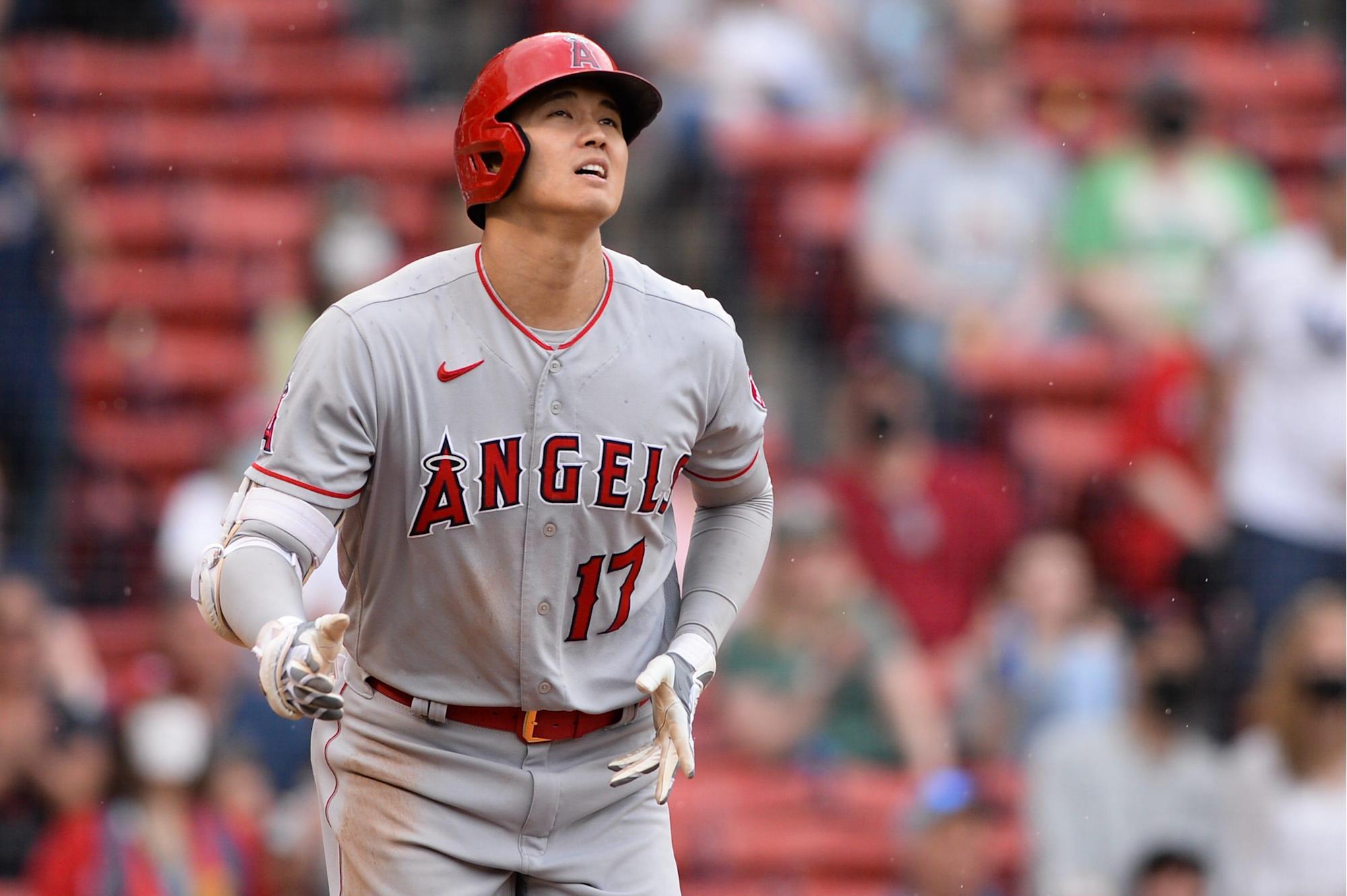 Tom House, the former major league pitcher now recognized as an expert in biomechanics, identified the task at hand.

“So we’re going to solve the Ohtani issue,’’ he said at the outset of a recent interview with USA TODAY Sports.

House was referring to Shohei Ohtani, the 26-year-old Japanese phenom thriving as a pitcher and hitter for the Los Angeles Angels, and a lingering issue: If and how can Ohtani sustain his unprecedented workload and production without getting hurt?

House, 74, has worked with Hall of Fame pitchers Nolan Ryan and Randy Johnson, along with hundreds of other professional pitchers. He has not worked with Ohtani, but said the question of sustainability for the two-way player can be answered.

“The science is all out there,” House said. “But putting it together in a major league environment and have it work efficiently for all parties concerned has never been done before.’’

It does not take a biomechanics expert to appreciate what Ohtani is doing in his fourth season in the major leagues. Entering his scheduled start on the mound Tuesday night, he is 1-0 with a 2.10 ERA and 40 strikeouts in 25⅔ innings while also leading the major leagues with 13 home runs and 25 extra-base hits.

In the past week, he struck out 10 and allowed one run over seven innings on Tuesday, hit a game-winning home run at Fenway Park on Sunday and even played an inning in right field after pitching Tuesday.

Earlier this season, on April 5, Ohtani threw a pitch 101 mph and blasted a home run 451 feet. And on April 25, he became the first player since Babe Ruth in 1921 to start a game on the mound while leading the majors in home runs.

Boston Red Sox reliever Matt Barnes, whom Ohtani homered off of Sunday, couldn’t help but marvel at Ohtani after the game. “I personally think he’s the most physically gifted baseball player that we’ve ever seen,” Barnes said. “I don’t know that you’re ever gonna see somebody who can throw 101 and hit the ball 600 feet. So, I mean, he’s a special player. He’s incredibly talented. And hopefully he stays healthy and has a long career.”

In 2018, Ohtani’s first year with the Angels, ligament damage in his right arm forced him to undergo Tommy John surgery. That kept him off the mound until the shortened 2020 season, during which he pitched only 1⅔ innings because of a flexor strain in his right elbow.

Ohtani also also missed the last 10 games of the 2019 season when he underwent knee surgery.

Now he is healthy again, and House said the key will be for the Angels to manage Ohtani’s workloads — the regular throwing and hitting he needs between games to stay in top form as a pitcher and a hitter.

“The best way I could describe it to you is communication,’’ Maddon said when asked about the sustainability of Ohtani’s success. “It’s just an ongoing conversation among me, him and Ippei, and really we’re the three involved. And I’ve just been following his lead.”

Bu Ohtani said he’s following Maddon’s lead when it comes to whether he sits or plays. Through Sunday, he had made five starts on the mound and played in 37 of the Angels’ 39 games this season.

“I have no control over putting myself in the lineup or not,’’ he said. “That’s all up to Joe. So I just need to work hard, give it my all everyday and make Joe want to put me in the lineup everyday.’’

Ohtani’s success this season has made it even more important that he stay healthy and productive. On the mound, he leads Angels starters in ERA, hits per nine innings and is second in strikeouts per nine innings. At the plate, he is first in runs, doubles, home runs, RBI and stolen bases, and provides critical support for Mike Trout.

With an 18-22 record, imagine where the Angels would be without Ohtani performing at this level.

Glenn Fleisig, Research Director of the American Sports Medicine Institute, is an expert on the understanding and prevention of sports-related injuries. He praised the Angels for primarily restricting Ohtani to the role of designated hitter when he’s not pitching.

That will reduce the amount of running Ohtani does and cut down on fatigue that could lead to an arm injury, according to Fleisig, who said research shows the single biggest factor for injuries is arm fatigue.

“The amount of pitching and the amount of rest and fatigue from pitching before you’re recovered, that is the No. 1 factor for risk of injury,’’ he said. “The No. 2 factor is poor mechanics. Another factor is intensity, which is, some pitchers always throw every pitch as hard as they can. Which is more stressful, accumulative stress, than a pitcher who varies his effort in velocity.”

Ohtani sets up batters with a blazing fastball and a split-finger fastball that hitters are 1-for-36 against this season. But he’s doing it under watchful eyes.

Fleisig, president of the American Baseball Biomechanics Society, also noted that the Angels have their own biomechanics department.

“They are one of the teams that are proactive and have biomechanical expertise in their organization,” he said. “The Angels do have that in their playbook.”

Though less than Ruthian, Brooks Kieschnick is a former major leaguer who was a relief pitcher and hitter during the 2003 and 2004 seasons with the Milwaukee Brewers. Like Ohtani, Kieschnick pitched right-handed and hit left-handed.

“A lot of strain is going to be on his right arm,’’ Kieschnick said. “He’s going to be his own best trainer. He knows his body and can take a day off from batting practice or maybe lessen up his bullpen or take a full day and not do anything.

“I know he’s young, but he’s going to have to be mature about that and not press the issue.’’

“Now is it sustainable for 15 years?’’ he said. “I don’t know. If (Ohtani) takes care of himself, he can definitely do it for a long time.’’

‘He will have to pick one’

Japanese baseball culture could be another factor in Ohtani’s health

“They’re 500 ground balls a day, a 1,000 throws a week,’’ House said, referring to what’s expected of players between games in Japan. “Their culture supports a work ethic of repetition rather than recovery.’’

Dennis Sarfate is a former major league pitcher who has played in Japan for the past decade. He said the culture has evolved and that Ohtani was not subjected to the demands of years past during his time playing for the Hokkaido Nippon-Ham Fighters from 2013 to 2017.

“The Fighters always did a good job resting him and protecting him,’’ Sarfate said.

Sarfate said the Angels will risk injury if they play Ohtani in the outfield rather than have him DH.

Ohtani has played one inning in the outfield after completing two starts as pitcher this season, in an effort to keep his bat in the lineup during close games.

“I think at some point he will have to pick one or the other,’’ Sarfate said, referring to pitching or hitting. ‘’I truly believe he hasn’t even tapped into his potential because of the time has to spend on both.”

But at this point Ohtani doesn’t have to choose between pitching and hitting, according to House, who nonetheless offered more analysis of the challenge of doing both.

“Taken by themselves, the efficiency of his throwing mechanics, pitching mechanics, are pretty good,’’ House said. “And the same with his hitting mechanics, they’re also pretty good. But when you combine the two, the workloads, the stress, on the levers called the elbow and shoulder is exacerbated.

“I think his elbow issues are more from swinging the bat than they were from the pitching. And the combination of the two, because he’s a one-hand finish guy. If you watch his swing, when he finishes, the stress point of the finish mechanically is his (right) elbow and that wouldn’t be an issue if he wasn’t a pitcher.’’

The right arm is the one Ohtani uses to pitch, and House said it would be wise to teach him to finish his swing with two hands, an adjustment Fernando Tatis Jr. of the San Diego Padres made this season after sustaining a partially dislocated shoulder following a ferocious one-handed swing.

“Swinging the bat with two hands and holding onto it all the way through deceleration is less stress than swinging the bat and decelerating with one hand,” said House, who also praised the Angels work with Ohtani and reiterated that the club will have to manage his workload.

“The art to go with the science of that will be how they manage his tolerance for pain, the recognition that he can still perform when he’s in a deficit physically and it won’t show on velocity,’’ House said. “It’ll show on (his) command. and he could probably be a real good hitter in the big leagues if he’s at a deficit. But he wouldn’t have the power factor or the batting average that he would if he was strictly a hitter.

“To make it simple, problem identification is half your solution. If you can identify the price he pays to pitch and have him put back in with recovery and preparation, and then do the same thing the price he pays to hit everyday. Or to be in a big league environment and what the deficits are and how to get him recovered and put back into his body what he takes out, there’s no reason he can’t do it.’’

Shohei Ohtani is a freak of nature, but can the two-way star keep going?

X
Arizona Gubernatorial Race Heats Up as Two GOP Candidates Launch Bids…WorldTwo Republicans have launched their bids for governor of Arizona in hopes of succeeding incumbent Gov. Doug Ducey in 2022, who will not be running due…
close