Home General Should Isolation Periods Be Shorter for People With Covid-19?

Should Isolation Periods Be Shorter for People With Covid-19? 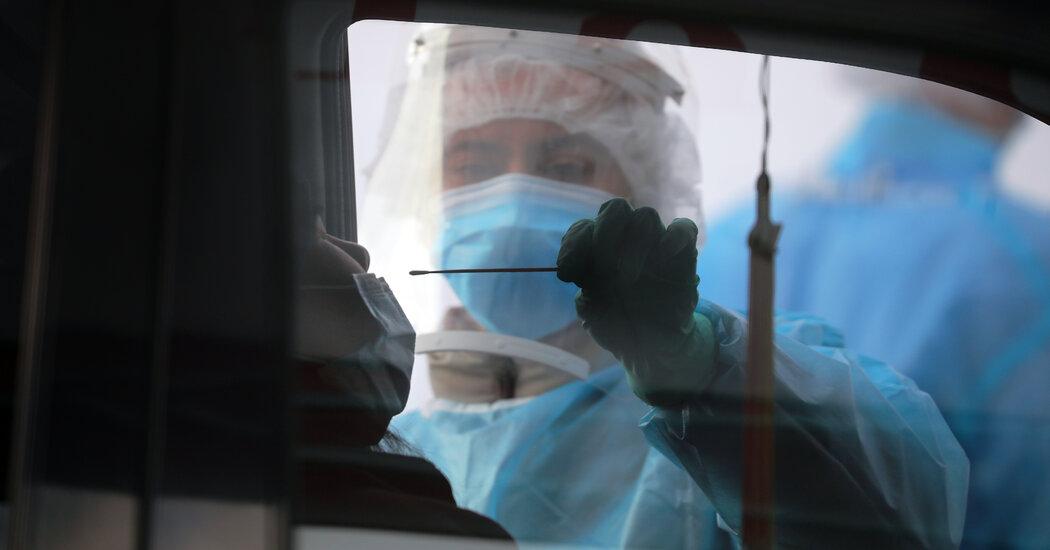 People with Covid-19, the illness caused by the coronavirus, are most infectious about two days before symptoms begin and for five days afterward, according to a new analysis of previous research.

A few patients who are extremely ill or have impaired immune systems may expel — or “shed” — the virus for as long as 20 days, other studies have suggested. Even in mild cases, some patients may shed live virus for about a week, the new analysis found.

The accumulating data presents a quandary: Should public health officials shorten the recommended isolation time if it means more infected people will cooperate? Or should officials opt for longer periods in order to prevent transmission in virtually all cases, even if doing so takes a harsher toll on the economy?

The Centers for Disease Control and Prevention recommends that infected people isolate for a minimum of 10 days from the beginning of their illness. The agency is considering shortening the recommended isolation period and may issue new guidelines as early as next week, according to two federal officials with knowledge of the discussions.

In September, France dropped its required period of isolation to seven days from 14 days, and Germany is considering shortening it to five days. (Isolation refers to people who are ill; quarantine refers to people who have been exposed to the virus and may become ill.)

Setting the isolation period at five days is likely to be much more palatable and may encourage more infected people to comply, said Dr. Muge Cevik, an infectious disease expert at the University of St Andrews in Scotland who led the new analysis, published in the journal The Lancet Microbe.

A recent survey in the United Kingdom showed that only one in five people were able to isolate for 10 days after developing symptoms. “Even if we do more testing, if we can’t ensure people self-isolate, I don’t think we’ll be able to control the spread,” Dr. Cevik said.

In the United States, many people don’t get tested for the infection until a day or two after they begin to feel ill. With the current delays, many receive results two or three days later, toward the end of the period during which they are infectious.

“Even if you were to get the P.C.R. test right on the very first day that you could, by the time you get the results back, 90 percent of your shedding has been completed,” said Dr. Michael Mina, a virologist at the Harvard T.H. Chan School of Public Health. “This meta-analysis shows just how short your transmission window is.”

Dr. Cevik and her colleagues set out to analyze the so-called kinetics of the coronavirus over the course of an infection, and to compare the pathogen to the closely related SARS and MERS viruses.

The researchers considered nearly 1,500 studies published from 2003 to June 2020 on the timing of infection in thousands of people, most of whom were sick enough to be hospitalized. The team drew data from 79 studies of the new coronavirus, 11 studies of MERS and eight studies of SARS.

People who never develop symptoms seem to carry about the same amount of the new coronavirus as symptomatic patients, Dr. Cevik and her colleagues found. But asymptomatic people seem to clear the virus more quickly from their bodies.

People with Covid-19 usually are most infectious a day or two before the onset of symptoms until about five days after, the analysis concluded. Yet patients may carry genetic fragments from the virus in their noses and throats for an average of 17 days, and, in some cases, for up to three months.

A few patients may carry infectious virus in their lungs — as opposed to the nose and throat — for as long as eight days after symptoms begin, noted Dr. Megan Ranney, an emergency physician at Brown University. For these patients, at least, isolation periods should probably be longer than five days, if only they could be identified.

“The trouble is, who has Covid pneumonia versus who doesn’t is not always fully apparent just based on physical exam,” she said. “They wouldn’t know it on their own.”

Older people tend to be infectious for longer than younger people, but no study in the analysis detected live virus beyond nine days of symptom onset. The results suggest that positive tests after that point find only genetic fragments, rather than whole live virus, Dr. Cevik said.

Because the infectious period seems to peak relatively quickly in the course of the illness, health care workers at community clinics may be at higher risk of becoming infected than those working in I.C.U. units, where patients tend to be in the later stages, Dr. Cevik added.

The analysis underscores data that has accumulated since March. In July, based on similar evidence, the C.D.C. truncated its recommendation for isolation to 10 days from 14 days.

But even at 10 days, the isolation period may be too long for many people, experts said. Patients may be financially unable to isolate for so long, or they may not feel sick enough to want to do so.

“If you could make that shorter for people, I think that would really help people comply with the public health guidelines,” said Angela Rasmussen, a virologist affiliated with the Center for Global Health Science and Security at Georgetown University, referring to the recommended isolation period.

But the new analysis is limited by the fact that only a few of the included studies looked at live virus, she added.

Some people who are older or very sick may be infectious for longer than a week. But if a shorter recommended period encourages more people to isolate, the benefit will more than offset any risk to the community from the small amount of virus that a few patients may still carry after five days, said Dr. Stefan Baral, an epidemiologist at Johns Hopkins University.

Confused by the terms about coronavirus testing? Let us help:

But some doctors said that they were not convinced by the analysis that five days of isolation would prevent transmission from a majority of people.

“There’s a sweet spot there, I would imagine, but I haven’t figured out where that is,” said Dr. Taison Bell, a critical care and infectious disease physician at the University of Virginia.

Dr. Cevik and other experts suggest that people can isolate as soon as they experience even mild symptoms, such as a sore throat or head and body aches — without venturing out for a P.C.R. test right when they are most infectious.

But Dr. Bell said he was unsure how this would work in practice, because these early symptoms were similar to those from other viral infections, including the common cold.

Dr. Cevik said a P.C.R. test should be performed after isolation ended, to confirm the diagnosis. Alternately, it may make sense to take a rapid antigen test — which can detect high amounts of virus — while isolating, to confirm an active coronavirus infection.

Other experts also endorsed the use of at-home rapid tests. “I think that’s a lovely solution,” Dr. Ranney said. “If you have symptoms, and you have a reliable test that you can do at home, stay home, test at home and isolate for five days.”

Over all, the new analysis underscores how quickly the coronavirus blooms in the body and the speed with which both patients and doctors must respond to keep it contained, Dr. Baral said. Levels of the MERS virus peak at seven to 10 days from symptom onset, and those of the SARS virus peak at Days 10 to 14.

Home isolation is safe for most of those newly infected with the coronavirus, he added — essentially the model of care that doctors use for patients suspected of having influenza.

Some countries already have adopted policies to make it easier for people to isolate. Vietnam provides income support to people who need to take time off work. Until May, the Japanese government asked patients who were young and had mild symptoms to stay home for four days before seeking testing.

Japan’s guidelines now ask patients to consult by phone with their doctors and to seek testing only if they seem likely to be infected. Anyone who tests positive is admitted to a hospital or a hotel to isolate. In the United States, New York City and Vermont have made similar accommodations available to infected patients.

Even if the rest of the country doesn’t implement such policies, having patients isolate at home — while wearing a mask, keeping windows open, cleaning high-touch surfaces and staying far from other household members — is more feasible for five days than for 10, Dr. Baral said.

“I do think there’s an element of diminishing returns with those last four or five days,” he said. “An intense amount of isolation during that first five to seven days would avert a ton of infections — a ton.”