Should women be entitled to period leave? These countries think so 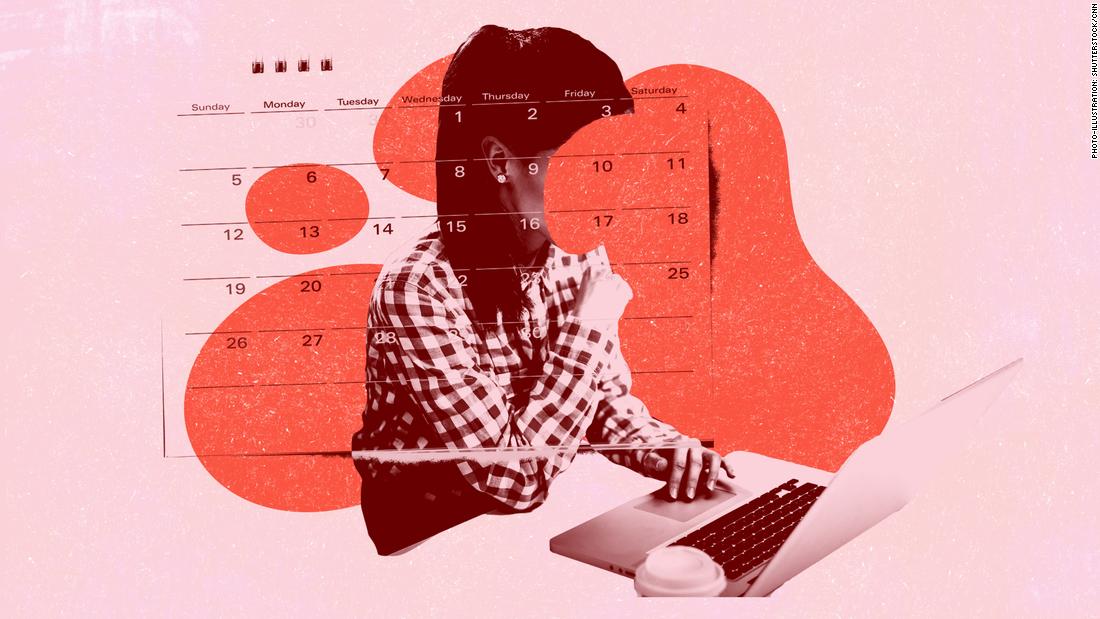 That’s mostly because Mochizuki is lucky — her periods aren’t a big problem. But she’s also been reluctant to use Japan’s long-standing leave entitlement as that would have involved telling her managers, most of whom have been male, that she was menstruating.

“It’s very private and, especially in Japan, that’s still kind of a taboo,” said Mochizuki, who works in event management. “We don’t want to talk about it with any men.”

Japan’s period leave entitlement has existed for more than 70 years, and the country isn’t alone in Asia in having such a policy. South Korea adopted period leave in 1953. And in China and India, provinces and companies are increasingly adopting menstruation leave policies with a range of entitlements.

The landscape on the other side of the world, however, looks a lot different. Period leave policy is almost nonexistent in the United States, the United Kingdom and Europe.

And even in countries that do have period leave, feminists are split on whether period leave is a step back or a sign of progress when it comes to women’s rights. Some argue that it’s as necessary for working women as maternity leave, while others say that it casts women as less able than men and could lead to further discrimination.

For at least a decade, female factory workers had been granted period leave to give them a reprieve from harsh labor and poor sanitary conditions, while struggling with menstrual pain. After Japan’s defeat in World War II, the country wrote period leave into its new labor laws as a right for all female employees whose periods are “especially difficult.”

At first, there was a relatively high take-up — around 26% in 1965, according to local media. Estimates vary on the proportion of women globally who experience dysmenorrhea, or period pain so bad that it interferes with daily activities, but all point to it being a common condition.

As time went on, fewer women took the option. A Japanese government survey in 2017 found that only 0.9% of female employees claimed period leave.

There are a few reasons that might explain this. Although all companies in Japan have to give women period leave when they request it, they are not required to pay. And some woman may not even know that it’s available to them, as companies don’t typically advertise it, said Yumiko Murakami, the head of the Organisation for Economic Co-operation and Development’s (OECD) Tokyo Center.

But the bigger issue in both South Korea and Japan is cultural.

Women already face an uphill battle in both countries, which have some of the highest gender pay gaps in the OECD and some of the lowest shares of female managers. Although it’s illegal to discriminate against female employees in Japan, they often face pressure to quit once they become pregnant, Murakami said. And workers of all genders in Japan are discouraged from taking leave of any kind, Murakami added.

Mochizuki remembers one colleague taking her period leave once. “I thought, ‘Why?’ and, ‘How can you do that, how can you tell your boss?'” Instead, she thinks more general sick leave would work better than menstruation leave for helping women with particularly difficult periods.

On top of that, periods remain a sensitive subject. When women buy tampons from the store, for example, the clerk puts them in brown paper bags, as if they are something that need to be hidden, said Murakami.

“If you tell people you’re taking leave because of your period, that will be seen as you’re not as good as men,” she said.

The case for period leave

Indian food delivery company Zomato, for example, said when it rolled out its policy in August that it wanted to change perceptions in India where periods are shrouded in shame.

“At Zomato, we want to foster a culture of trust, truth and acceptance,” founder and CEO Deepinder Goyal told staff in an email, which was released publicly. “There shouldn’t be any shame or stigma attached to applying for a period leave. You should feel free to tell people on internal groups, or emails that you are on your period leave for the day.”
The announcement was notable in a country where women are sometimes not allowed to cook or touch anyone when they are menstruating. Girls in India typically miss 20% of the school year because of their period, and 70% of mothers consider menstruation “dirty,” according to a 2014 report by philanthropic organization Dasra.

But Zomato’s announcement was still met with backlash on social media, where critics argued that the policy could make women look weak or discourage managers from hiring female workers. Some of those opposing the move were women.

According to University of Sydney professor Elizabeth Hill, who researches gender and employment, the reason period leave is so hotly contested even among feminists is because there is little data on whether period leave helps or hinders women in the workplace.

Hill says many of the arguments against period leave are similar to those that have been made against maternity leave. Opponents argued that making employers pay maternity leave could discourage them from hiring women.

But Hill also said there’s now evidence to suggest that generous maternity leave policies encourage women to stay in the workforce rather than push them out.

That’s particularly important in India, which has one of the lowest female participation rates in the workforce, at 35%.

“It’s a wonderful reframing of what the problem is — the problem is work, not women,” said Deepa Narayan, a social scientist and former senior adviser at the World Bank.

Guneet Monga, who produced an Academy Award-winning short documentary called “Period. End of Sentence” about menstruation in India, said Zomato’s move seems progressive, but, even if it trickles into other workplaces, it won’t make an impact to the millions of women in India not working in office jobs.

“I think that this whole concept of women’s rights and equality and feminism is not a choice at the lower economic level. They just work day to day to feed. They work on an existential crisis,” she said. “I encourage the conversation at one level, but I do think it is a long way before we see a change.”

Why period leave hasn’t taken off in the West

Every few years, the topic of period leave hits the headlines in Western countries. Just as often, it’s accompanied by scathing think pieces about why it’s a bad idea.

After Zomato’s announcement, the Washington Post ran an opinion piece titled: “I’m a feminist. Giving women a day off for their period is a stupid idea.” The article argued that period leave is a “paternalistic and silly” proposal that “reaffirms that there is a biological determinism to the lives of women.”

And after the Victorian Women’s Trust, an Australian advocacy group for women’s rights, introduced a menstruation leave policy for its staff in 2017, Brisbane newspaper The Courier-Mail ran an opinion piece with the headline: “As a working woman in Australia I’m insulted by this crazy plan.”

Hill, the Sydney professor, said there was anecdotal evidence that younger women and men in the West tend to be more receptive to the idea, while older women are more opposed. Older women often feel that because they struggled through work while menstruating, younger women should do the same, Hill said.

She noted that there were different designs for period leave — and not all policies were created equal.

Some argue that there should be more personal leave entitlements for people of all genders, Hill said. Others advocate for increasing sick leave to include period leave, although critics argue that women aren’t sick when they have their period — they are just experiencing a normal, biological process.

Evidence suggests there is some desire — and need — for period leave in the West.

A survey of 32,748 Dutch women published in the British Medical Journal last year found that 14% had taken time off from work or school during their period. Even when they called in sick due to their period, only 20% gave the real reason.

Around 68% said they wished they had the option of more flexible work or study hours during their period. But most — just under 81% — turned up to work anyway, even though they felt less productive as a result of their symptoms. Lost productivity amounted to almost nine days a year, according to the study.

At the Victorian Women’s Trust, executive director Mary Crooks said the benefits of period leave have been “absolutely palpable” for her office which has 13 female staff members.

“You shouldn’t have to be dishonest about why you can’t come to work, and why you can’t perform productively at work,” she said, adding that the reproductive cycle was crucial to women’s physical and mental health.

The trust’s policy gives women options: a comfortable spot to work in the office, permission to work from home or to take up to 12 paid days of menstrual leave each year.

In the four years since it was introduced, staff have only taken 21 paid period leave days between them, Crooks said.

The culture has become more supportive and staff feel more comfortable discussing their menstrual needs and care for themselves better, she said. Because employees feel respected by their company, they also work more productively, Crooks added.

“I think there’s nothing but positives that have come about in our workplace as a result of it,” she said. “To us, the removal of shame and stigma is one of the great big jigsaw pieces in the gender equality picture.”

That’s certainly the case in Japan, where stigma still exists.

Part of the reason women aren’t taking period leave, according to the OECD’s Murakami, is that the culture around leave and menstruation makes women fear that taking it could lead to discrimination by their employers.

“I do think the law itself is actually meant to help women, but if it’s not implemented well it could hurt women,” she said.

As Covid-19 cases surge across the world, here are the countries leading the vaccination...

Juventus duo set to leave the club at the end of the season –...