Shoulder friends! Bollywood celebrities take up Elf On The Shelf challenge and it’s turned out hilarious 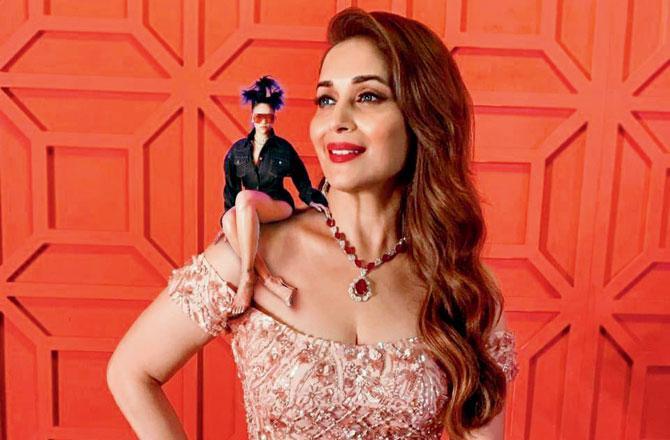 Ahead of Christmas, the Elf on the Shelf challenge has taken social media by storm. It began with Hollywood actor Garcelle posting a picture of her sitting on Pharell Williams’s shoulder. Soon enough, several other stars joined in.

Elf on the shelf is a popular holiday tradition, in which parents place a small elf doll in their home and tell their children that the elf watches over them during the day and reports back to the North Pole at night. Each morning, after returning from his “mission”, the elf is placed in a different location in the home. This year, celebrities are sharing images of themselves with another celebrity super-imposed onto their shoulder. The catch: Like ‘elf on the shelf,’ their names must rhyme.

Taking on the viral challenge, Madhuri Dixit-Nene shared a picture with a photoshopped image of singer Rihanna sitting on her shoulder. The actor wrote, “RiRi on Madhuri. Did it for the gram.”

Priyanka Chopra shared photo of herself with American talk show host Oprah Winfrey on her shoulder. She wrote, “Oprah on Chopra. Boom.”

Vijay Varma took up the challenge and shared a picture of himself with Diljit Dosanjh’s on-screen character ‘Soorma’ on his shoulder. He wrote, “Ok take this… Soorma on Varma. #MyElf @diljitdosanjh. In fact our Elf #HadTo”

Which one did you like the best? Let us know using the comments section below.